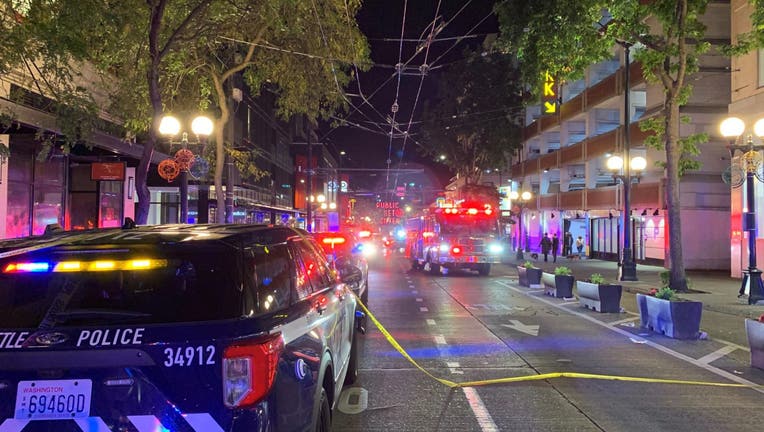 Detectives are investigating after a man was shot and killed downtown on Sunday night. (Credit: Seattle Police Department)

At about 9:30 p.m., officers responded to a report of a shooting on Third Avenue and Pike Street.

When officers arrived, they found a 35-year-old man with multiple gunshot wounds in the 200 block of Pike Street.

Medics took the man to Harborview Medical Center in critical condition but he later died from his injuries.

Anyone with information is asked to call the Seattle Police Department's violent crimes tip line at 206-233-5000.