FEDERAL WAY, Wash. -- Police are investigating after a 39-year-old newspaper deliveryman was shot 5 times early Sunday morning while on his route in the Twin Lakes neighborhood.

According to police,  patrol officers responded to a shooting in the 31600 block of 37th Ave SW where they found Travis Zimmerman on the street with gunshot wounds.  Amy Walker was on the phone with the father of their two young kids when it happened.  "I kept yelling through the phone where are you? where are you? He wouldn't say anything. He was just saying, 'I'm shot in the face, I'm shot in the face'.

She told told Q13 News reporter John Hopperstad that she has no idea why anybody would attack her boyfriend. He has been driving that newspaper route for the last 13 years. Police say it appears to be a random shooting and are still investigating.


Before the shooting, Zimmerman told Amy on the phone that someone was following his car. "He started freaking out really bad and then he opened his door and got out of his car and that`s when I heard the gunshots on the phone," she said.  Witnesses told police there were two vehicles parked side by side and that one of the vehicles fled immediately after shots were heard.

Zimmerman is currently in intensive care at Harborview Medical Center after the mother of his two kids says he suffered a broken jaw after he was shot in the face and through his groin, breaking both femurs.  It will be months before he can walk and work again. 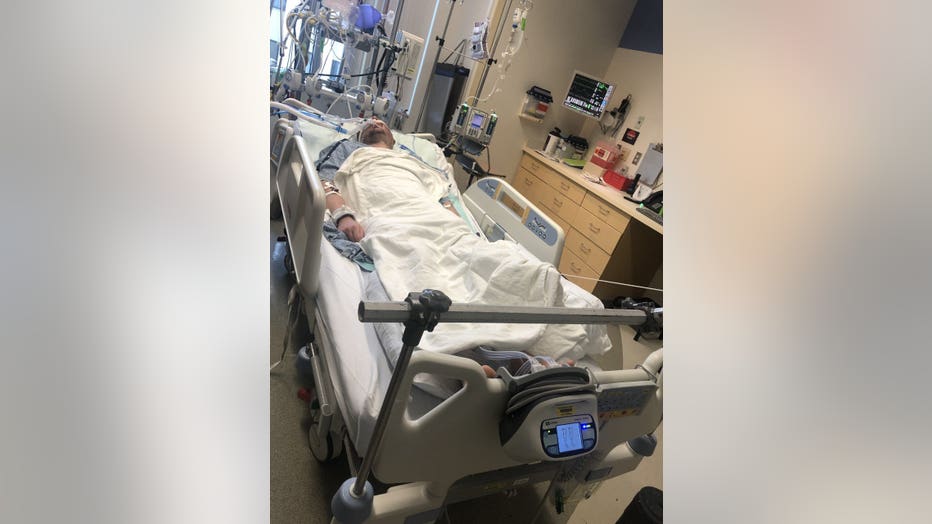 Zimmerman is the sole earner for his family of four with two small kids.   A Gofundme has been started.

Crime Stoppers of Puget Sound is offering a cash reward of up to $1,000 if you can help solve this case. Submit an anonymous tip or call 1-800-222-TIPS.