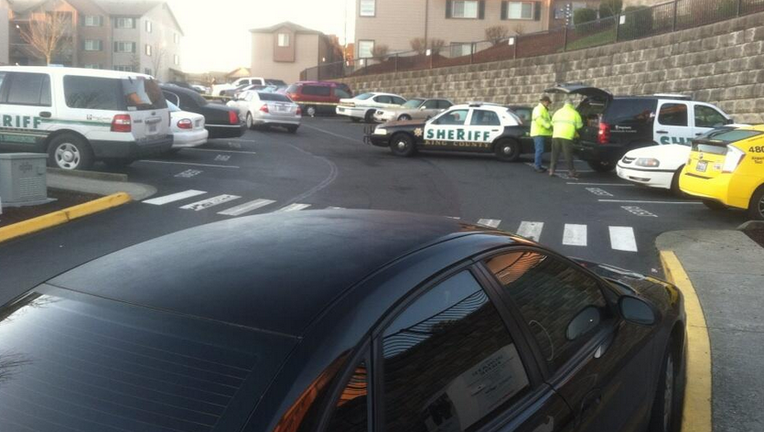 Deputies were still on the scene three hours after a shooting at the Creston Point Apartments.

SEATTLE -- The King County Major Crimes Unit is investigating a shooting at the Creston Point Apartments in the 13400 block of MLK Way S where one man was shot in the chest and the shooter is on the loose.

When deputies arrived they found a man in his 20's bleeding from a gunshot wound to the chest.

An ambulance raced the victim to Harborview Medical Center.

An officer told Q13Fox News that they could see about a dozen shell casings on the ground within the perimeter of the crime scene.

Detectives are in the process of interviewing witnesses.

No arrests have been made and officers say the gunman is still on the loose.