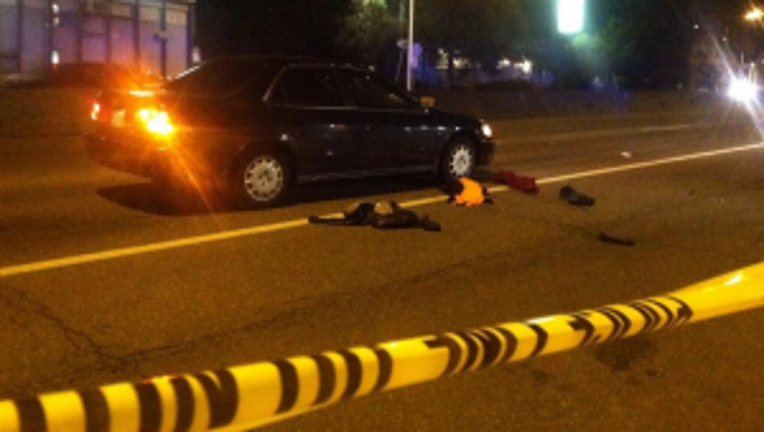 SEATTLE -- A man was taken to the Harborview Medical Center late Monday after being struck by a car while walking north of the Aurora Avenue Bridge, Seattle police said.

Officers responded to calls of a collision around 6 p.m. in the 4400 block of Aurora Avenue North. Police found a man in his 40s with serious injuries on the scene, and he was transported to the hospital with life-threatening injuries.

The initial investigation revealed the man was jaywalking across the bridge when he was struck by a Honda sedan traveling northbound. The driver of the vehicle was not injured in the collision.

Northbound traffic on Aurora Avenue north was shut down with Seattle police investigated the collision.