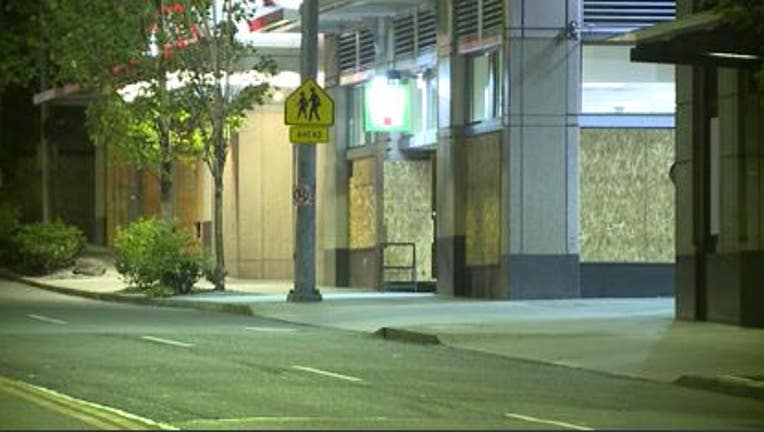 SEATTLE - A Tacoma man was sentenced to two years in prison for setting fire to the Seattle Police East Precinct during the George Floyd protests in 2020.

U.S. Attorney Tessa Gorman’s office says 36-year-old Isaiah Willoughby set fire to the precinct, located within the zone of the Capitol Hill Occupied Protest (CHOP), early in the morning of June 12, 2020—four days after police had abandoned the precinct.

Willoughby was captured on surveillance video pouring gasoline on the side of the building and lighting it. Protestors camped nearby quickly got up and put the flames out with fire extinguishers.

The Attorney’s Office says Willoughby was recorded wearing distinctive clothing, which people recognized as a clothing brand he represents.

Police arrested Willoughby on July 14, 2020, and he has been in custody at the Federal Detention Center at SeaTac since then.

Prosecutors argued Willoughby planned the crime, posting about his intent and anger on Facebook. After police put out a request for help identifying the arson suspect, Willoughby started taking those posts down.

The fire put protestors in danger and ran against what they were trying to accomplish, prosecutors said.