SEATTLE -- It was a scary experience for members of a local Girl Scout troop when a man ran off with all the money at their cookie booth.

The robbery happened Sunday evening outside a QFC in Northgate.

One of the moms who witnessed the robbery says the suspect bought some cookies, then returned them. She now suspects he was casing them.

"He wasn't doing anything horrible that I could say 'go away,' but I don't know, I felt bad. I did have a feeling about him, and it turned out to be right. And I want them to learn to trust that gut feeling," said Jennifer Johansen.

Johansen says he returned again just before their shift ended and ran off with the money.

QFC says it's working with police, and it appears the suspect may have been one of its customers. The store also says it's been in touch with the Girl Scouts' regional office to make sure the troop isn't out the $600.

The Girl Scouts of Western Washington released a statement, saying in part, "We are incredibly grateful to know that all parties involved are safe, and that no weapons were used in this robbery. Safety is our number one concern."

Seattle police released this surveillance image of the suspect: 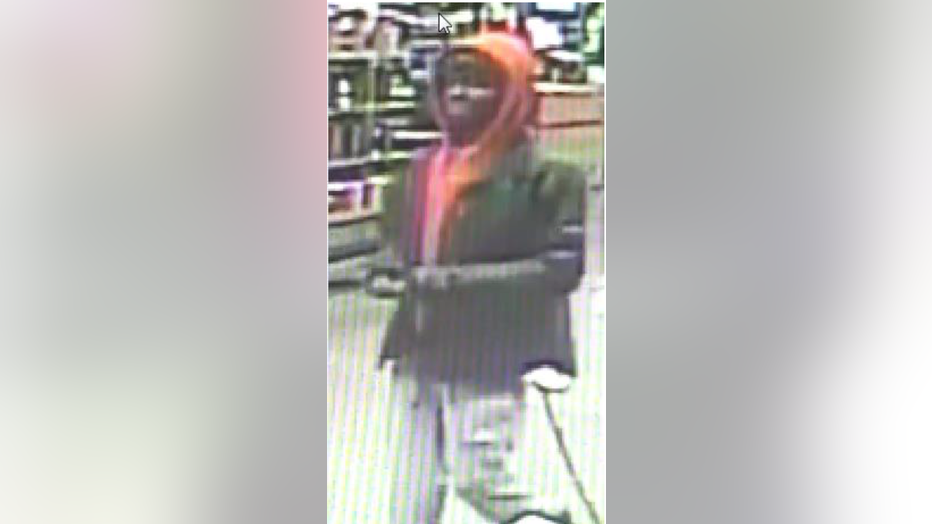 Crime Stoppers of Puget Sound will pay a cash reward of up to $1,000 if you can identify this suspect who stole from Girl Scouts at the Northgate QFC. Submit an anonymous tip at P3Tips.com or use the P3 Tips App on your phone. You can also call 1-800-222-TIPS.