CAMANO ISLAND, Wash. -- A baby deer is back with its mom after becoming trapped underneath an 18,000-pound logging machine on Camano Island.

Jake Evans said he and a coworker were about to start yarding logs up a hill when they noticed a white spotted little body sticking out from underneath tracks on their logging machine.

That white spotted body belonged to a fawn.

Evans said its legs were tangled in the tracks of the machine.

He was able to get the fawn free and race a half-a-mile up the hill to a veterinarian's office.

Miraculously, the fawn had no broken bones and no internal injuries, despite "being completely underneath our machine flatted into the ground," Evans said.

The fawn was brought back to where it was originally found and released.

Evans said two hours later, the mother came back and the baby deer stood up and walked away. 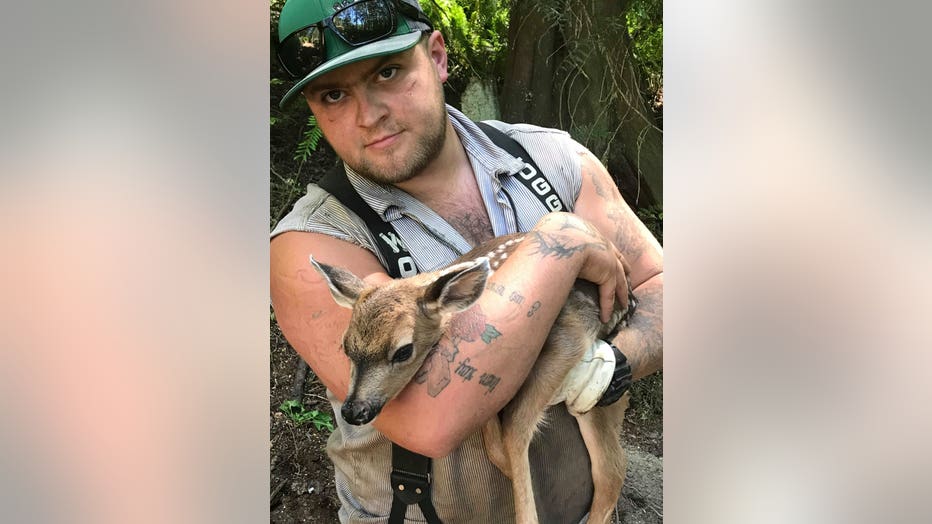