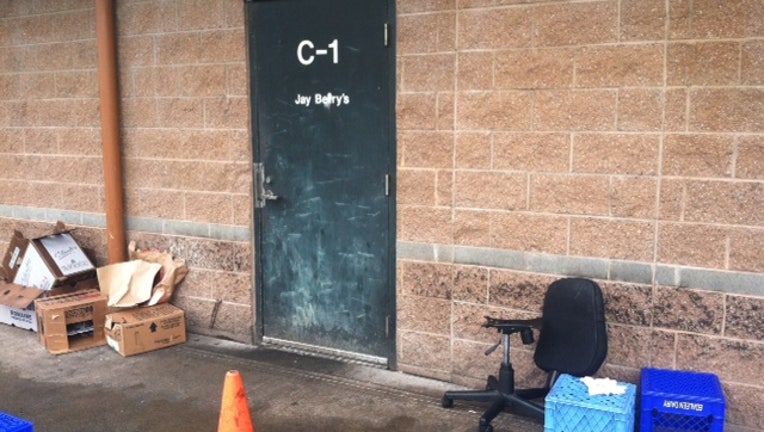 Exterior of Jay Berry's restaurant in North Bend. This is the door a female employee was trying to leave when a male suspect pushed her back inside, stabbed and sexually assaulted her. (Photo: KCPQ-TV)

NORTH BEND -- Police on Wednesday released a 41-year-old man they had arrested in connection with a North Bend  stabbing and sexual assault when forensic tests showed he was not the assailant.

The man was arrested by the Snoqualmie Police Department early Wednesday morning.

"He's being released," a King County Prosecutor's Office spokesman said. "Initial forensic test results did not match the suspect. The investigation by Snoqualmie police will continue."

A female employee closing Jay Berry's Pizza and Pasta was sexually assaulted and stabbed at about 11 p.m. March 9. According to police, a woman in her 30s was closing up the store when a man met her at the back door, used duct tape to bind her wrists and ankles and sexually assaulted her. He then stabbed the woman in the arm and stomach, police said, before leaving her inside the business.

The woman was taken to a hospital where she recovered from her wounds.

The owner of Jay Berry's told Q13 FOX News that the man also tried to steal a restaurant safe following the assault.