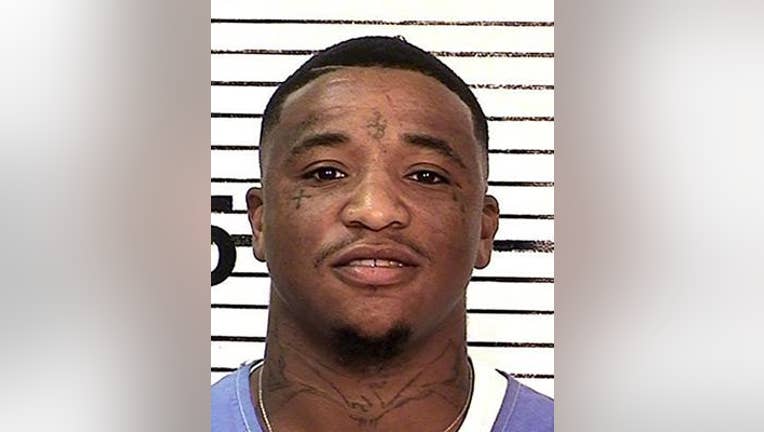 SACRAMENTO, Calif. - A man who was serving a life sentence for carjacking and armed robbery was mistakenly freed from a Northern California jail for more than 13 hours before was rearrested Thuresday afternoon, authorities said.

Shaquile Lash, 28, was released from the Sacramento County Main Jail at about 10:30 p.m., authorities said.

"This is a very unsettling sort of incident," although it appeared Lash didn’t commit any more crimes before he was rearrested in Stockton, Sacramento County sheriff’s Sgt. Rod Grassmann told KCRA-TV.

Lash went to state prison in 2013 from San Joaquin County. He was serving life with the possibility of parole for carjacking and second-degree robbery with enhancements for committing a street gang act in the commission of a violent felony, being armed with a firearm and vehicle theft, the California Department of Corrections and Rehabilitation said in a statement.

He wasn’t scheduled for a parole hearing until 2035.

However, Lash had been taken to the Sacramento County jail from Tehachapi State Prison on Wednesday because he and five others faced a Friday court hearing on charges that they were involved in defrauding the California Employment Development Department, officials said.

The department has acknowledged that it was bilked out of billions of dollars in unemployment benefits during the COVID-19 pandemic, issuing some in the names of people who were in prison, including death row inmates.

Lash was supposed to be returned to prison after the court hearing but an error made during the jail’s day shift made it appear to night workers that he was eligible for release, authorities said.