Detroit Police investigate two disturbing cases: man found dead in trash can and another found dead inside a burning car

The Detroit Police Department is investigating two separate and disturbing murders: One involving the death of a man found wrapped in a blanket and stuffed in a trash can. The other is a man who was killed and then put in a car that was set on fire.

DETROIT (FOX 2) - A 76-year-old man who has been missing since late January was found dead in a trash can behind his house and sources said his hands were wrapped in a blanket.

Walter Dansby, 76, was last seen in late January at his home on Gable Street in Detroit. According to neighbors who spoke with FOX 2, on Saturday they noticed a smell of decomposition in the area and called police.

Family members who spoke with FOX 2 said that Dansby was found in the trash in the back of his house Tuesday afternoon.

According to sources, Dansby was found with a blanket wrapped around his hands.

Neighbors said Dansby was always sitting on his porch. Then, one day, he wasn't.

Dansby's family said they filed a missing person's report with Detroit Police in January and investigators checked out his home but didn't find him.

Now, almost four months since he was last seen, his remains were found in the back of his home. FOX 2 learned his body was in a trash can in the backyard.

"A neighbor in the area smelled an off odor he went to investigate called us and we did unfortunately find a victim wrapped in a blanket in the large container in the rear of the location," Deputy Chief Marlon Wilson said.

Wilson says the cause of death is unknown as is the person who killed him.

"Right now we are asking the community to provide us with any information the smallest bit of information they might think won't help could lead to something bigger," he said. 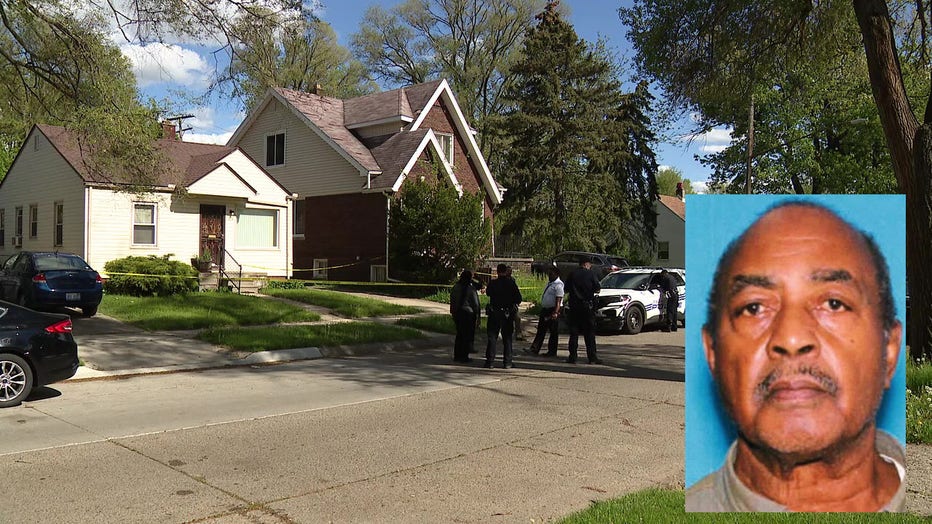