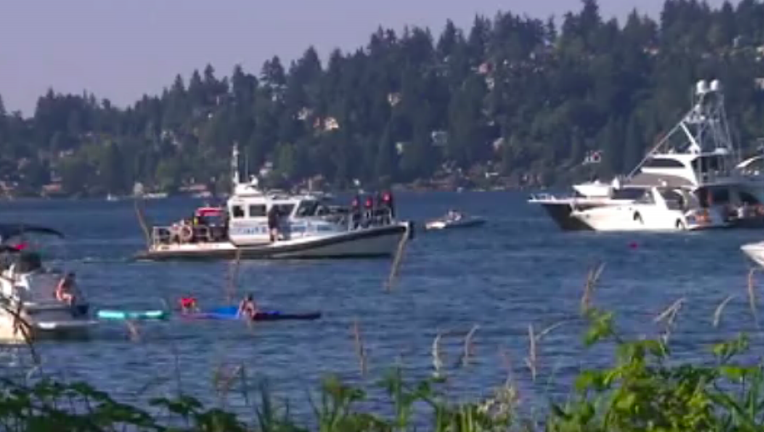 Crews search for man missing in Lake Washington near Seward Park in Seattle on Saturday, June 26, 2021

SEATTLE - Seattle Police have taken over recovery efforts after crews searched for more than an hour for a man who fell off a boat in Lake Washington Saturday afternoon and never resurfaced.

According to Seattle Fire, it happened after 5 p.m. offshore near the 5000 block of Lake Washington Boulevard South sear Seward Park.

Four SFD divers and two swimmers were on the water searching but didn't find the 25-year-old man. One of the divers had to be taken to Harborview Medical Center for evaluation but was in stable condition.

The accident happened amid a historic heat wave that brought big crowds to Lake Washington and other area waterways.

Seattle Fire warns of hot weather ahead this weekend

During a press conference Thursday, Seattle Fire warns people that during the hot weather to be wary of kids, pets and burn bans in effect among many other precautions.

Although temperatures soared to 102 degrees at Sea-Tac Airport, the second highest temperature ever recorded there, water temperatures are still cold for many lakes and rivers.