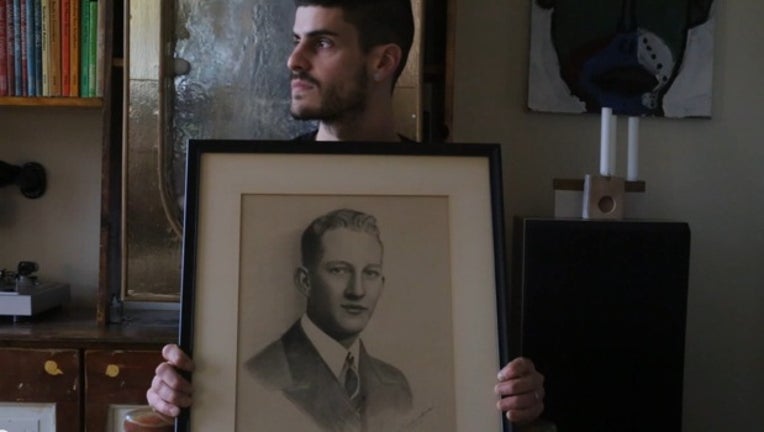 SEATTLE – It is a universal experience.

“We buried my grandpa one month ago, Baptist pastor, WWII veteran, preceded in death by my Grandma Doris his wife of 65 years,” said Grant Rehnberg.

But for Rehnberg, a Seattle artist, that experience of loss was preceded by an unexpected revelation.

“Five months ago, Grandpa Jim told me that he is gay.”

Sitting over photos of Rehnberg’s wedding to his husband Bradford the 90 year old man proudly celebrated the courage he said it takes to live openly and expressed envy that he was never able to do it.

“He told me about the love of his life Warren Johnson a boy he played music with at church,” said Rehberg #t=15">in a new video posted to YouTube.  “He told me God loves every part of us.  He told me he would trade places with me if he could.  He told me he loved me.”

Inspired by his Grandfather’s words and moved to remember a man who’s own decisions impacted generations of his family, Rehnberg decided to pay tribute through art.

“In order to mourn my Grandpa Jim I will create an installation, a eulogy that directly links our parallel experiences as gay men and members of the Rehnberg family.”

Rehnberg is fundraising for the next month online to help pay for the installation which he has entitled  ‘The Family Connection’ after the Sunday School curriculum his Grandparents taught together.

“It explores our intimate bonds and vast disconnects,” said Rehnberg.  “It reconciles my heart to his.”