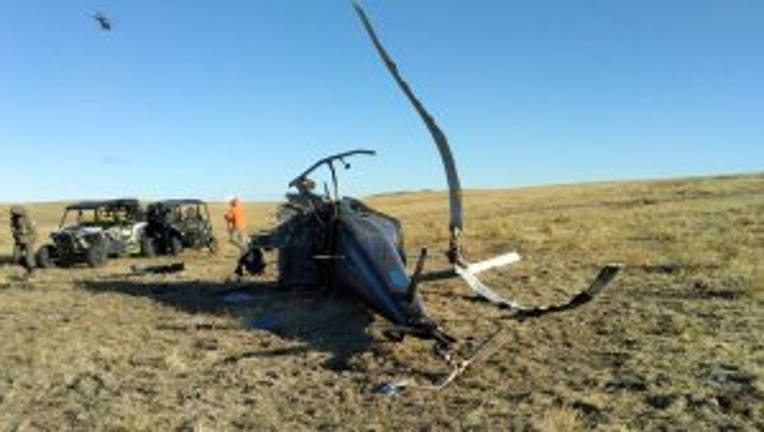 JORDAN VALLEY, Ore. (AP) — Authorities are praising the resilience of a 25-year-old Idaho woman who survived a frigid night in the high desert of southeastern Oregon following a helicopter crash that killed her father.

Malheur County Undersheriff Travis Johnson said Monday that despite being injured herself, Jordan Valentine managed to crawl around the side of the wreck to get out of the wind after the helicopter went down in a remote area southeast of Succor Creek State Natural Area on Friday afternoon. She was lightly dressed and the temperature was in the 20s.

Authorities were notified of the missing helicopter at 2 a.m. Saturday, and radar showed its last contact as being near the park. Search and rescue crews found it at 8:20 that morning.

Fifty-two-year-old Jim Valentine, of Eagle, Idaho, was dead, and his daughter was flown to a hospital with undisclosed injuries. Johnson said she remained in the hospital Monday and that she was able to speak.

Johnson credited Jordan Valentine, saying it took "a very tough and determined person to be able to survive a crash like that and keep her composure through the night."