It's unclear exactly what happened that caused the man's death

SEATTLE - A man has died as a result of an accident at a construction site at the new Washington State Convention Center, police confirm to Q13 News.

According to a public information officer at Seattle Police, a man, later identified as 31-year-old Bryan Phillips, was killed in an "industrial accident" on 9th Avenue just before 2 p.m. on Monday.

It's unclear what led up to the accident or what specifically happened, but the King County Medical Examiner's Office said he died of multiple blunt force trauma injuries.

The Washington State Department of Labor and Industries (L&I) will be investigating the incident.

According to a GoFundMe for Phillips, he was a "second-generation plasterer with OPCMIA Local 528. During his 11-year career, he worked on many high-profile projects throughout Seattle and the state." The GoFundMe page has raised over $31,000 in just a day. 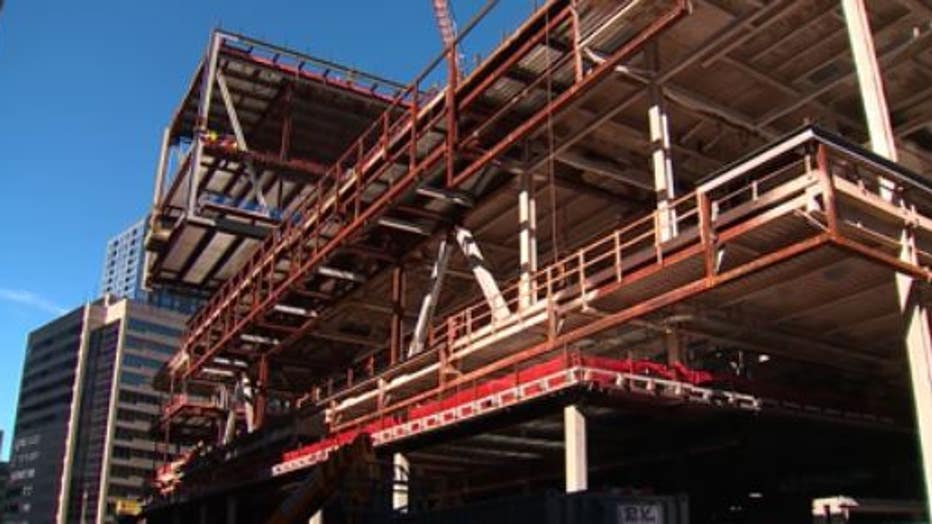