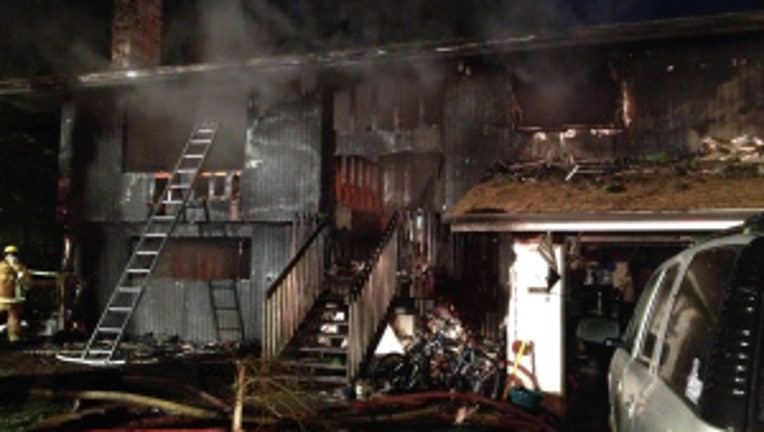 BREMERTON - An early morning fire in Bremerton Sunday claimed the life of a man, and forced seven other people to get out of the house safely.  The Central Kitsap Fire and Rescue fire department said that they responded to the home in the 6600 block of NE Wellsly Place just before 5 a.m.  Fire crews found the home to be 'fully involved' and upgraded the fire response to a 2nd Alarm.

The Kitsap County Sheriff's Office and the County Fire Marshal are on scene to conduct an investigation.  Red Cross is assisting the family members, and a Chaplain with Central Kitsap Fire and Rescue has responded.

The identity of the victim has not been released.  The cause of the fire is under investigation.