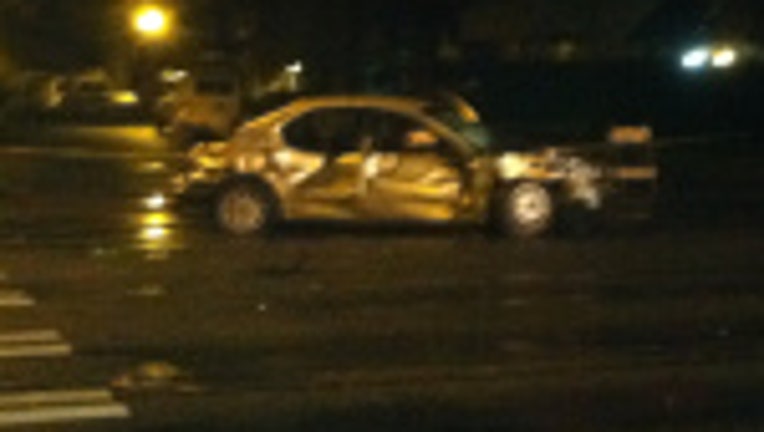 TACOMA -- A routine traffic stop in Tacoma led to a high-speed chase that lasted more than 20 minutes and ended up with the driver crashing his car into an occupied home.

About 2 a.m. Friday, Pierce County deputies attempted to pull over the driver of a gold, Chrysler sedan. The driver sped off and deputies chased him through the streets of Tacoma. The chase reached speeds of 100 mph before the suspect lost control of his car and crashed into a home on 38th Street.

Police had to shut down the intersection of 38th and K Streets and evacuate one resident living in the home that was hit. None of the residents were injured, but the structure was badly damaged.

"I just thank God -- it’s another Christmas miracle," neighbor Jeannine Willcox said. "Last year I found out I had cancer at Christmas time. The year before that I had a heart valve replaced. So, I’m hoping this is my Christmas miracle this year.”

Willcox said she woke up to what she thought was an explosion. It turned out to be the suspect’s car crashing into her neighbor’s home. The woman living in the unit that was struck was evacuated because her home was determined to be unsafe.