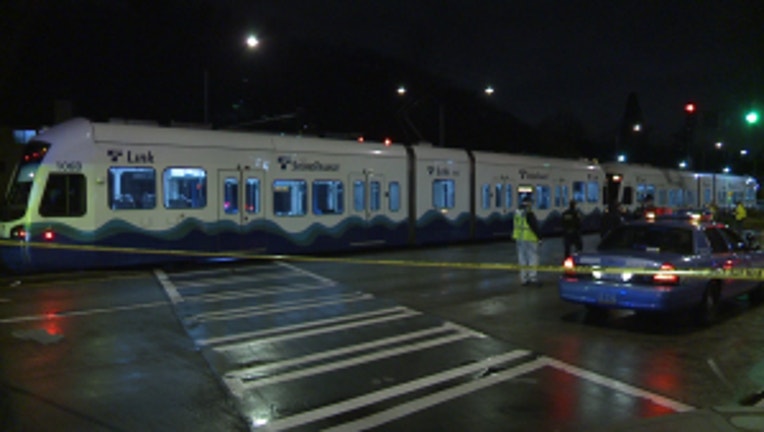 SEATTLE -- Sounder rail service was briefly disrupted Saturday night when a train hit a man walking near the tracks, trapping him underneath.

The collision happened at about 5:40pm near the Columbia City Station at Martin Luther King Jr. Way South and South Edmunds Street.

Police say the man was walking in a crosswalk near the northbound line when he walked on the tracks in front of an oncoming train.

A spokesman for Sounder Rail said the train operator tried to stop the train, but it was too late.

The impact flung the 45-year-old man underneath the train, trapping him.

Firefighters arrived and freed the man. He was taken to Harborview Medical Center with life-threatening injuries.

The tracks were closed to train traffic while police investigated. Buses took passengers around the closure.

As of about 9:00 Saturday night, rail service had resumed, but the northbound platform at the Columbia City station remained closed.