MARYSVILLE -- A man apparently armed with a high-capacity rifle and driving a pickup went on a shooting rampage against police in three Snohomish County cities Wednesday night before police shot him and took him into custody in Marysville, police said.

No one was injured in either of the initial shootings.

Below is the RAW scanner audio of Marysville Police Department:

Around 10:10 p.m., police spotted the suspect in his truck in the 64th Avenue NE in Marysville, where he shot at another police car. Police fired on the man, who stopped just east of the intersection of 51st Avenue NE and Grove Street.

He was shot and taken into custody, police said. The suspect obeyed officer commands, police said, and got out of the vehicle once he was shot.

Marysville police Sgt. James Maples was injured, but was treated and released from Providence Medical Center in Everett. The Snohomish County Sheriff's Office said they didn't know if Maples was shot or hit "from debris from shots."

Maples has been with the department for 19 years.

Gunman goes on rampage against police in 3 cities before being shot, police say

Gunman goes on rampage against police in 3 cities before being shot, police say

Lake Stevens Police Commander Dennis Taylor said "many shots" were fired and "most  of the (police) vehicles were hit many times."

He said the man was apparently armed with a "high-capacity" rifle. Investigators have confirmed that several firearms have been found in and near the truck driven by the suspect.

"It sounds like the same guy, a person who was in a pickup truck," Taylor said of all the shootings at police. However, Snohomish County Sheriff's deputies said it was not known for sure if all the incidents were related.

Grove Street from 67th Avenue NE to 51st Avenue NE will be closed for the investigation and drivers are asked to avoid the area for the morning commute.

Some school buses were delayed Thursday morning in Marysville as investigation into the shootings continued.

This is a developing news story. 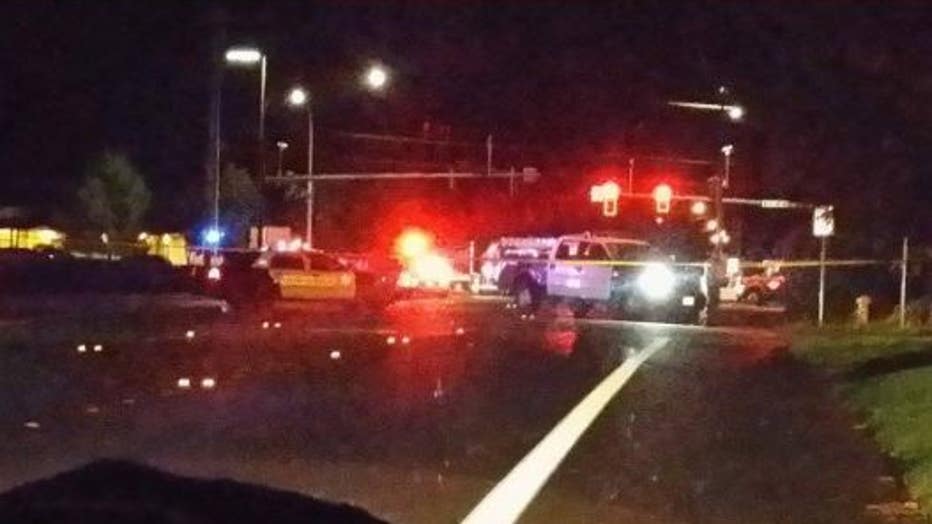 The police scene at the shooting of the rampage suspect in Marysville. (Photo: KCPQ-TV)