NEW YORK — A man struck a New York City subway rider in the face with a metal pipe, fracturing the man's skull, during an argument late Saturday, police said. 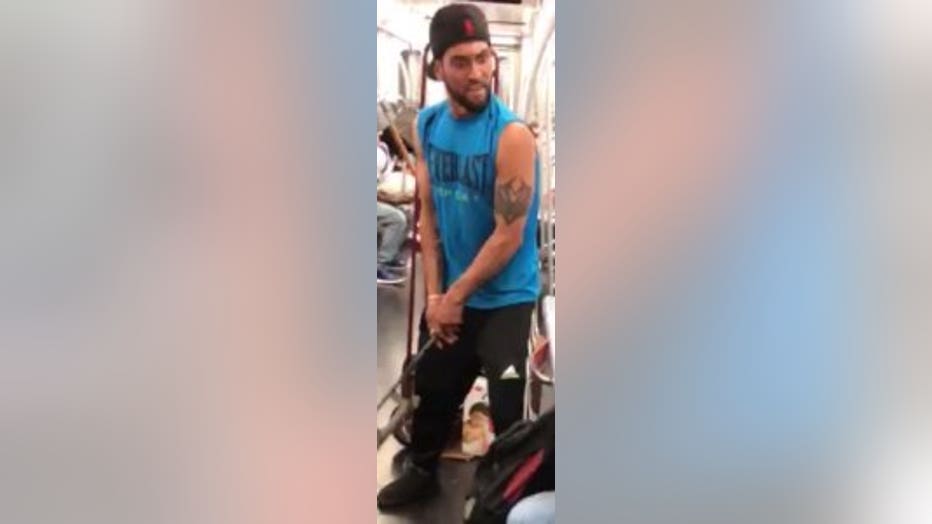 Video shows this man attack a subway rider with a metal pipe. (NYPD)

The two men were on a southbound 2 train near the West Broadway and Chambers Street subway station when they got into an argument.

Video shows the attacker put the pipe into a hand truck after the assault.

He fled the subway station on foot at the Chambers Street station, police said. No arrests have been made.

The NYPD has asked for help identifying the attacker. He was last seen wearing a black cap, blue T-shirt, and dark pants.