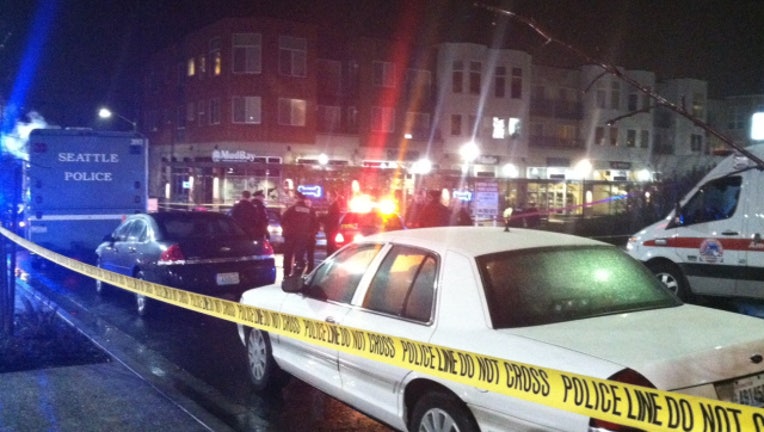 Police called to the Greenwood neighborhood found a man shot in his parked car Sunday evening.

SEATTLE -- Police are investigating a murder after a man was found shot to death in his parked car late Sunday night in North Seattle.

Officers received calls of a shooting just before 9 p.m. from a parking lot near the intersection of North 85th Street and 1st Avenue Northwest in the Greenwood neighborhood. When officers arrived, they found an adult male dead from a single gunshot wound in his car.

Witnesses to the shooting told police they saw a man fleeing from the scene just after shots were heard. Police said the victim was robbed prior to the shooting.

Police have not yet released the identity of the victim. No description of the suspect was immediately available.

Anyone with information about this incident is asked to call 911.