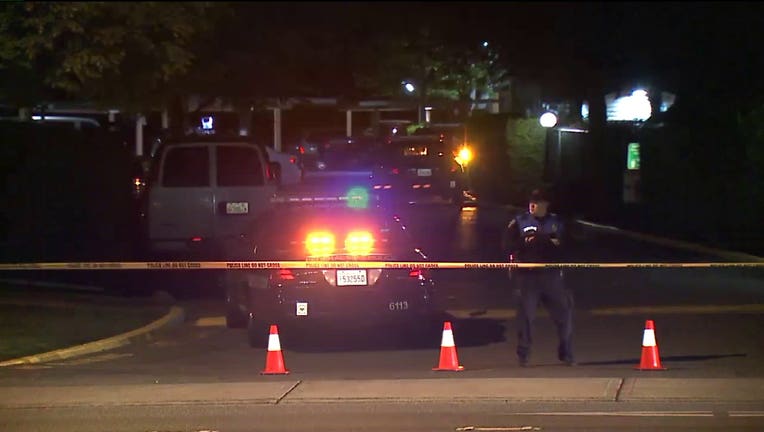 FEDERAL WAY -- A man believed to be in his early 20s was found shot dead under a carport at the Silver Shadow Apartments in the 27600 block of Pacific Highway South late Wednesday night, police said.

Police responded to a report of a shooting around 9:30 pm.  When police and medics arrived on scene they found the victim in the parking lot.  The man died before medics could transport him to the hospital, police said.

Police have not released any information on a possible suspect in the shooting.