LYNNWOOD, Wash. -- An Everett police dog is credited with catching a robber who reportedly hit a woman in the face with a crowbar multiple times before stealing her laptop bag early Monday morning. 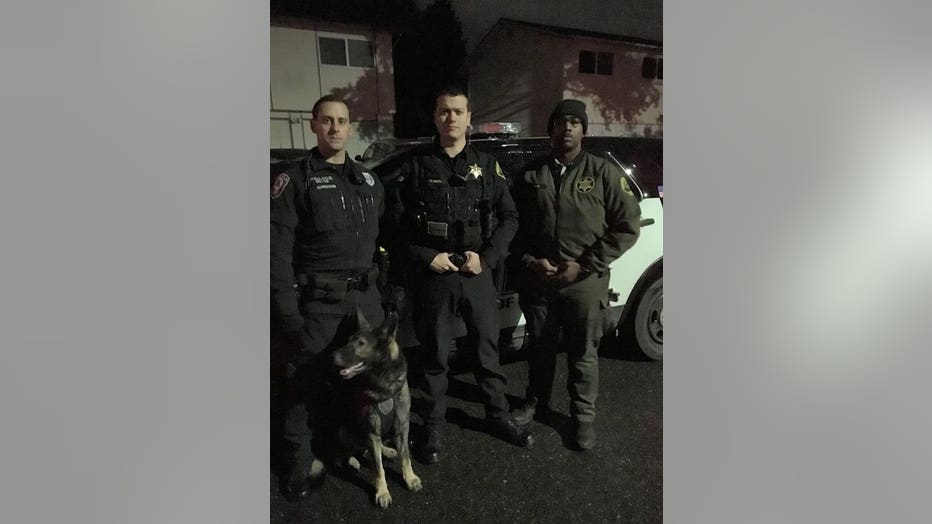 According to the Snohomish County Sheriff's Office, a 55-year-old woman arrived home from work about 3:30 a.m. and was walking to her front door in Lynnwood when shew as confronted by a man wearing a mask.

He demanded her purse, then allegedly struck her in the face with a crowbar multiple times before stealing her laptop bag and running away.

The woman screamed for help, prompting her husband to come out of their home barefoot and in his pajamas and start chasing the suspect.

Deputies said a second suspect was waiting in a getaway car nearby, but he left the scene before the alleged robber got in.

The victim's husband lost sight of the alleged robber after chasing him through multiple backyards and flowerbeds.

Thanks to some help from K9 Barron with Everett PD, the 30-year-old suspect was found hiding under a deck near the 4400 block of 149th Place SW.

The suspect was arrested and booked into Snohomish County jail for first-degree robbery, possession of a controlled substance and an outstanding felony warrant.

Deputies recovered a metal crowbar and the victim’s laptop nearby. The 55 year-old woman was treated on scene and taken to the hospital for further evaluation.