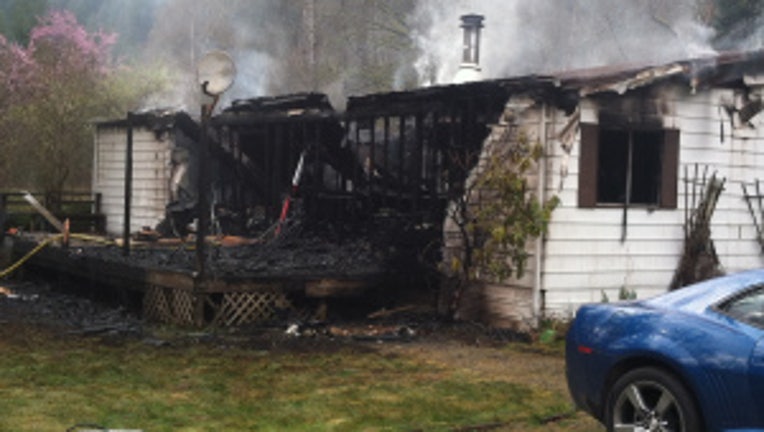 The fire happened in the 19500 block of Green Valley Road Southeast.

A neighbor called 911 about 1 p.m. to report that the home was on fire, sheriff's spokeswoman Cindi West said, adding that fire crews found a man’s body inside after putting out the fire.

The victim has not yet been identified.