Surveillance cameras captured video of a man following, and then attacking a woman, in her 70s, right outside her Renton home. The family says the suspect stole about $1,000 worth of goods, including a phone, purse, and cash.

RENTON, Wash. - Surveillance cameras captured video of a man following, and then attacking a woman, in her 70s, right outside her Renton home.

FOX 13 News spoke to the victim’s daughter. We are not naming her, or the victim, or showing the daughter’s face.

The attack happened Thursday, Oct. 6 around 2:30 a.m. in a Renton neighborhood.

The daughter believes her mom was followed home from the Muckleshoot Casino, which is about a thirty-minute drive from to their home.

"You just think it’s a nightmare," the daughter told FOX 13 News. "You waking up to, you know, your mom screaming for you, and you’re half asleep, and you come down, and you see your mom been beaten up pretty badly," she added.

One camera shows a man get out of the front-passenger side door of white SUV. 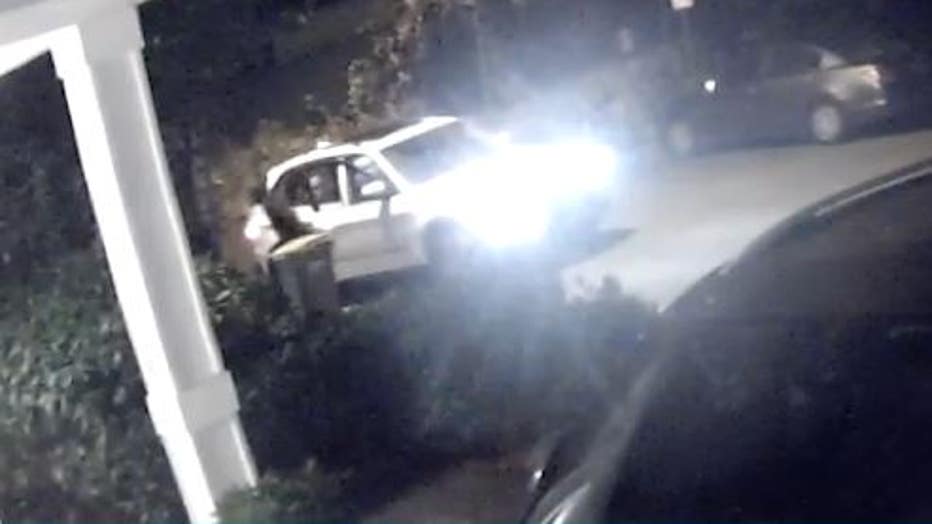 The SUV then drives off and flips around at the end of the neighborhood street. The car then sits, with its lights on, for several minutes. Then you see the car pull away, and a few moments later you can hear screams. 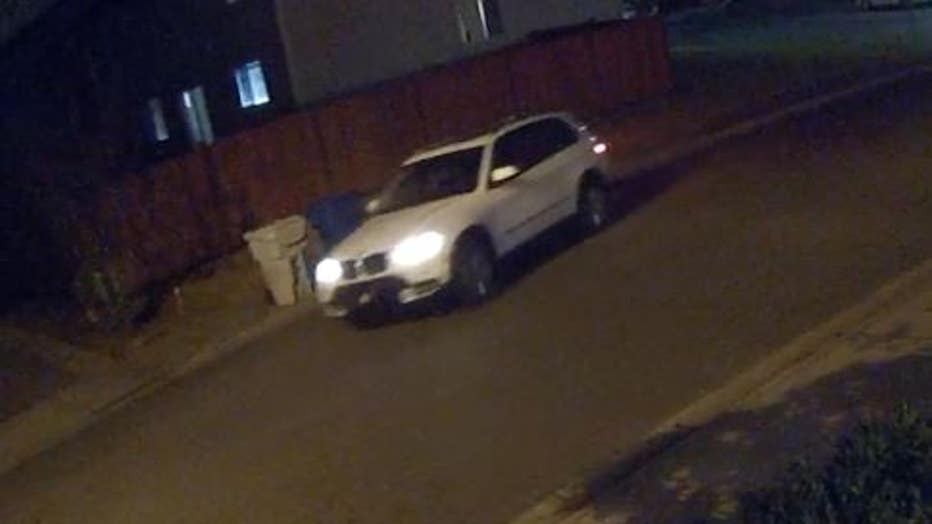 Another camera shows a woman walking up to her front stoop. She stops turns around and starts screaming, as video shows a man dressed in all black running toward her.

The man hops onto the stoop and attacks the woman, who is in her 70s. The video shows the man dragging the woman from her stoop, down her driveway, into the street. In total, about 20 yards. Then he runs away.

The family says the suspect stole about $1,000 worth of goods, including a phone, purse, and cash.

The victim had to go to the hospital and get stitches in her ear, the daughter said.

"They can’t, number one, work for their own money, their own belongings. They have to be cowards and go and attack older women," said the victim’s daughter. "I want the cowards to hear that she is in her 70s, you know? I want them to hear that. What they did to her," she added.

The daughter is sharing this story as a warning to her neighbors.

"We need to get these low-lives off the street," she said.

Renton Police report the suspect is a man, who is about 5 feet 5 inches. According to police, the victim said he was holding, what she thinks is a gun.

This is at least the second incident where someone followed a woman home and attacked in the last week.

FOX 13 News reported last week that a group of teenagers followed a woman in her fifties back to her Spanaway home, pistol-whipped her, and stole her car. The teenage attackers got away, but police caught them after a chase.

Anyone with information is asked to call police.

If you wish to remain anonymous, you can submit information and photos to Crime Stoppers of Puget Sound through the P3 Tips App on your cell phone or at www.P3Tips.com. You can also call 1-800-222-TIPS. Crime Stoppers is offering a cash reward of up to $1,000 for information that leads to his arrest.