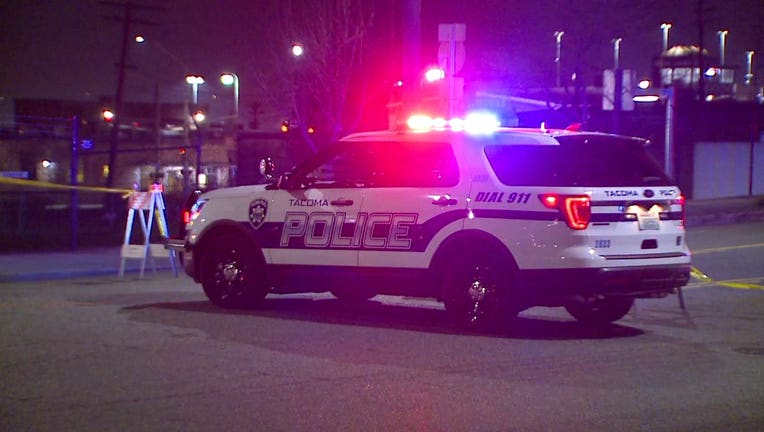 TACOMA, Wash. - Two Tacoma police officers involved in the death of Manuel "Manny" Ellis have been accused of wrongfully arresting and using excessive force in an unrelated incident three months before their fatal encounter with Ellis.

Timothy "Timmy" Rankine, 32, and Masyih Ford, 29, are named in a new tort claim against the city of Tacoma, stemming from the Dec. 14, 2019 arrest of Dustin Dean, the Seattle Times reported.

A cellphone video of the incident shows the officers dragging Dean down a flight of stairs before Rankine kneels on his back as he lies prone, complaining that the officers are hurting him.

The tort claim, a precursor to filing a lawsuit, seeks $500,000 in damages, according to Dean’s lawyer, James Bible.

In May, Rankine was charged with manslaughter and two other Tacoma officers were charged with murder and manslaughter in Ellis’ death. In that case, eyewitness video contradicted officers’ statements that Ellis posed a threat. Ford was not charged.

Rankine’s attorney in the criminal case, Bryan Hershman of Tacoma, said he is not familiar with the details of Dean’s tort claim and declined to comment. Michael Staropoli, a Portland lawyer listed as Ford’s attorney, did not respond to messages seeking comment about the tort claim.

City of Tacoma spokesperson Maria Lee declined to comment about Dean’s claim because it is pending litigation.