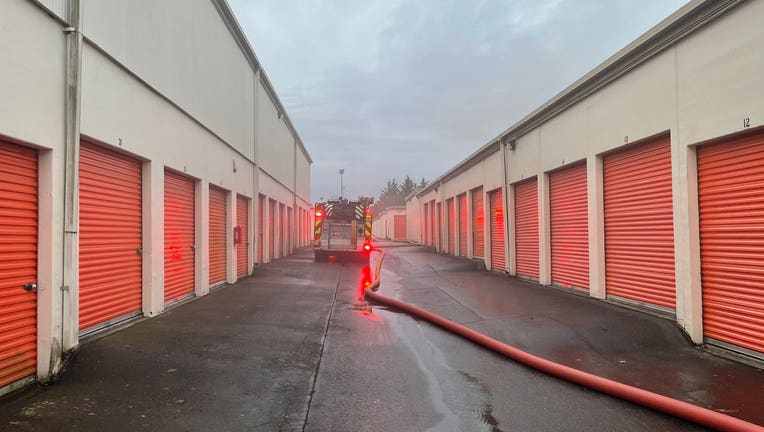 FEDERAL WAY, Wash. - Crews responding to a fire at a storage unit Christmas morning found the body of a man inside one of the damaged units.

According to Federal Way Police, it happened just before 8 a.m. Friday at a storage facility in the 32600 block of Pacific Highway South.

Investigators said it appears the man may have been burglarizing storage units when the fire happened and was unable to escape.

Officials have not identified the man or released any additional information.