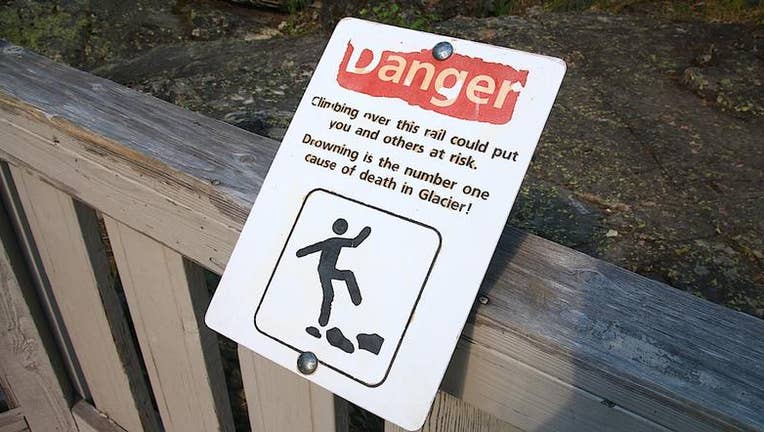 WEST GLACIER, Montana -- A 22-year-old Missoula man was found dead in Glacier National Park over the weekend, with officials saying the man apparently tried to BASE jump in the East Glacier area.

Certain activities are banned inside the park in order to protect the safety of its tourists - and sadly, breaking those rules has proven fatal-as was the case Saturday with a Missoula man.

Beau Weiher was first reported missing by his family at around 8 p.m. Saturday - who said he was overdue from a solo day hike in the Many Glacier area, that may have included a BASE (building, antenna, span, and Earth) jump.

"Sunday morning, park rangers and some of our cooperating agencies started to search and rescue and do a little hasty search to look at some areas that we had found out from the family were areas he was probably going," park spokesperson Denise Germann said.

Park rangers found tracks, suggesting Weiher might have been in the area below the summit of Mount Siyeh. His body later discovered around 7 p.m. on Sunday.

"An aerial search actually identified what we thought was a parachute, and discovered his body Sunday evening," Germann told us.

She added that the details surrounding his death are still being investigated, "I'm not sure what the circumstances were, but what we do know is it looks like he attempted to do a BASE jump in the Mount Siyeh area. For whatever reason, it failed and his body was found at the base."

In BASE jumping, participants jump from fixed objects and use a parachute to break their fall. It's prohibited inside Glacier National Park, although park officials tell us Weiher was an experienced base jumper.

"He was an avid hiker and a very avid BASE jumper. very unfortunate situation here at the park and our condolences go to his family," Germann said.