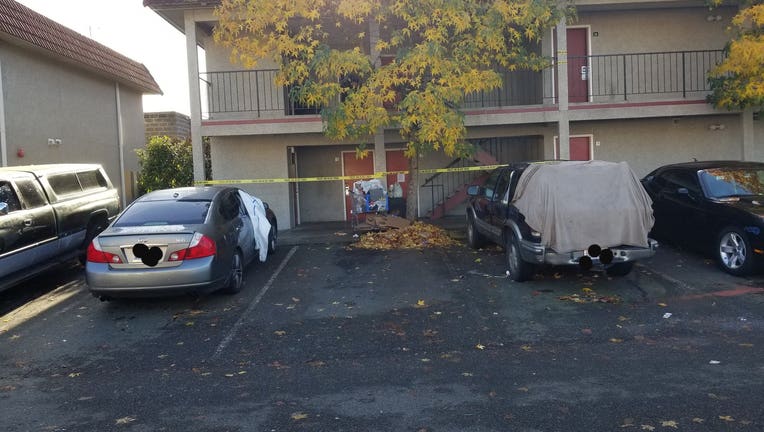 TACOMA - A man died Tuesday morning after he was shot inside a Tacoma motel room.

Tacoma Police said officers responded about 10 a.m. to a shooting at a motel in the 8800 block of South Hosmer Street. An unresponsive male was found inside one of the rooms.

He was taken to a local hospital, where he later died.

Police have not released any additional information about a motive or potential suspects.

Tuesday's shooting is the second homicide in Tacoma in four days. On Friday, Nov. 27, a 55-year-old man died after a double shooting in the 2100 block of East 60th Street.

Investigators have released surveillance video of the suspect's vehicle.

Officials search for two men involved in a Tacoma shooting with the help of new surveillance video images of the suspects' vehicle.