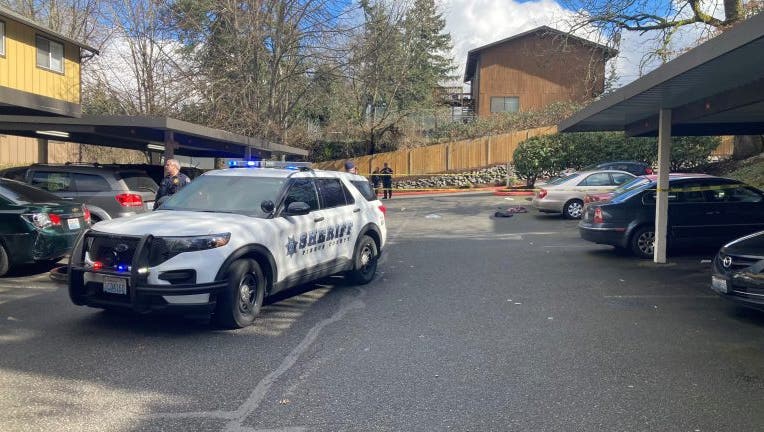 PARKLAND, Wash. - The Pierce County Sheriff's Department is investigating after a man was found lying in the street with a gunshot wound.

Deputies were called to the Miramonte Apartments at 18th Avenue S. and 112th Street S. in Parkland just after noon on Thursday for reports of the shooting.

The 25-year-old victim and witnesses were able to tell deputies who the suspect was and where he went.

They located the 26-year-old suspect and took him into custody without incident.

The suspect was booked into Pierce County Jail for first-degree assault.

It appears the victim and suspect knew each other and had a fight before the shooting.

The victim is in the hospital in critical condition.