SUMNER, Wash. -- Washington State Patrol shut down SR 167 for more than two hours on Saturday, after a man claimed to have an explosive device inside the cab of his semi-truck.

Troopers say the man was running out into the road and yelling at other drivers that he had a bomb, close to Sumner city limits.

He also appeared to be "heavily under the influence."

Investigators did not believe his threats had merit, but deployed the bomb squad as a precaution. 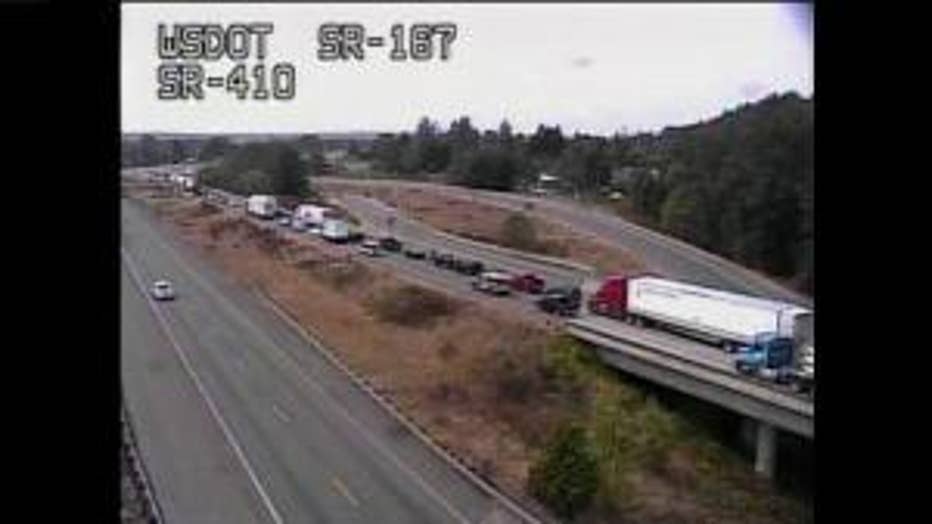 All lanes have since reopened and traffic is flowing normally.

The suspect has been arrested on charges of driving under the influence of drugs.