Pierce County deputies are searching for a suspect after a deadly shooting in Graham over the weekend.

GRAHAM, Wash. - Pierce County deputies are searching for a suspect after a deadly shooting in Graham over the weekend.

At about 4:15 p.m. Sunday, deputies responded to a report of someone firing shots and chasing a man in the 25600 block of 61st Avenue Court East.

According to investigators, a woman called 911 to report that a man was trying to break into her home and broke her window.

When deputies arrived, they found the man dead inside the back sliding door of the woman's home. 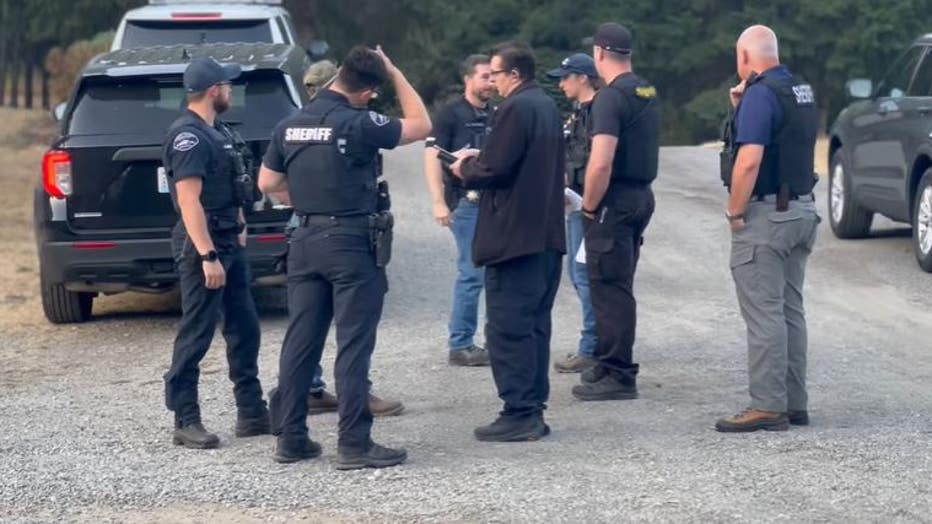 According to investigators, the shooting happened at a home across the street and continued into the neighbor's backyard.

Deputies were told the suspect ran into the woods and after a search, they couldn't locate the suspect.

Sgt. Darren Moss with the Pierce County Sheriff's Department said the man who was shot to death has not been identified but said he did not live at either home.

The suspect didn't live in the area but is connected with the home where the shooting initially happened.

"It makes you question, ‘what were they doing here?’ It makes you a little bit nervous. I know today my son was like, ‘they haven’t caught the person?'" said Sarah Vallejos.

Vallejos lives next to where the shooting happened. She says she had her children, and her one-year-old grandchild was at her home during the incident.

"To have something like that happen in a place that is normally quiet and peaceful, on a Sunday afternoon, is a little shocking," she said.

Investigators have not publicly identified the man who died or the shooter.

The Pierce County Sheriff’s Department says that even though the shooter does not live in the neighborhood, the suspect does have a connection to the home where the incident happened. However, investigators did not explain what the connection is.