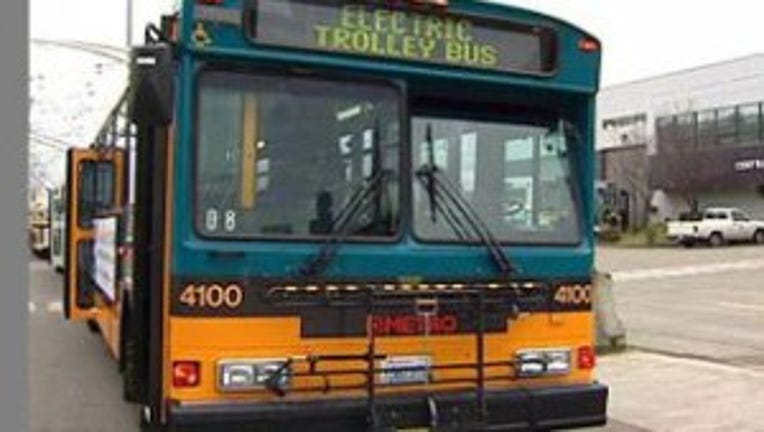 SEATTLE -- A 49-year-old Kent man is being charged with malicious harassment after allegedly punching a man and calling him a "gay Arab" while on board a King County Metro Transit bus earlier this month, court documents show.

Andrew Belasco is being held in King County Jail in lieu of $50,000 bail. Belasco was arrested following a flagrant assault Jan. 4 on board King County Metro Transit Route 1.

According to police, two men of Saudi Arabian descent boarded a Metro Tranist bus at 10 p.m. on Jan 4. near the intersection of South Jackson Street and 4th Avenue South. The two men were quickly approached by Belasco, who yelled insults and profanities, police said. Belasco continued to prod the men for some time, asking them questions like, "why did you come to this country," and "why don't you leave?"

The bus driver heard Belasco yelling, police said, and told him to get off the bus. Before he did, he punched one of the two victims in the shoulder and chest with a closed fist and walked away, court document show.

Police called to the scene by the bus driver found Belaso passed out behind a parked SUV a short distance away from the shop. He allegedly reeked of alcohol and told police he "didn't want to have sex with the two guys on the bus." He also allegedly said he thought the two men were "gay Arabs," and he "didn't believe in that."

Police arrested Belasco for harrasment and he awaits arraignment on Jan. 22.