LACEY -- It was a brazen attempt to snatch a child, according to the Thurston County Sheriff's Office. 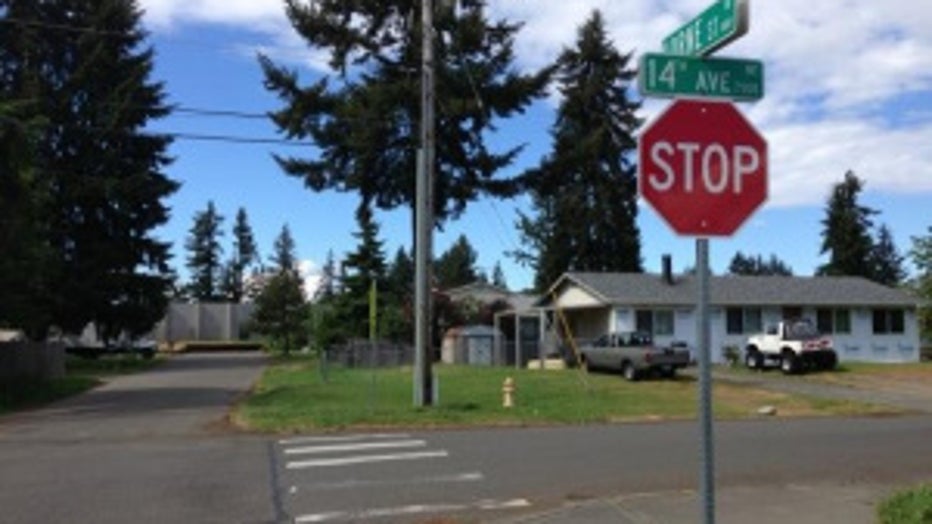 A 10-year-old boy was on his way to Olympic View Elementary in Lacey when, he said, he was stopped by a white man in a silver sedan.

According to Thurston County sheriff's deputies, the man asked the boy if he wanted to make $100, and at first the kid said yes.

But when the man told the child to get in the car and opened the door, the boy changed his mind.

"He immediately realized this is messed up," said Thurston County sheriff's Lt. Greg Elwin. "This is wrong. I don't want any part of it. So, he did the right thing.”

But the man didn't take no for an answer. He told the child he had toys in the car, but the boy refused again. That's when the suspect drove off, telling the child he would find someone else.

The boy then walked to school and told employees, who alerted parents.

Courtney Shrieve, communications director for North Thurston Public Schools, said, “More kids are walking because the weather is better, so that's why we wanted to get the message out. We got it out by noon today so those parents that wanted to pick up their kids could. And, we always encourage the kids to walk in a buddy system or with a group.”

Parents who live nearby won't let their children walk to and from school by themselves any more.

Charlene Estacio said, "I wrote a note at the school and made all of them stand at the fence so that I could pick them up from school because I live so close to school but they're not walking. Not after that.”

Michelle Olsen said, "I don't let my kids walk to school in the mornings by themselves because there's not enough traffic and it's not safe.”

Deputies say the suspect is a white man in his 30s with short blonde hair. He was wearing a blue ball cap, sunglasses and a white short-sleeve shirt at the time. The suspect’s car is a small, silver 4-door sedan.

Elwin said, "To have somebody like this out in the area, so close to the freeway, so close to the thoroughfare, it's very frightening. We want to find out who this is and get it hemmed up.”

That would help parents breathe a lot easier.

"It worries me because it was broad daylight,” Olsen said. “There were other people around. It was not like it was an isolated area. There were witnesses and he still tried it.”