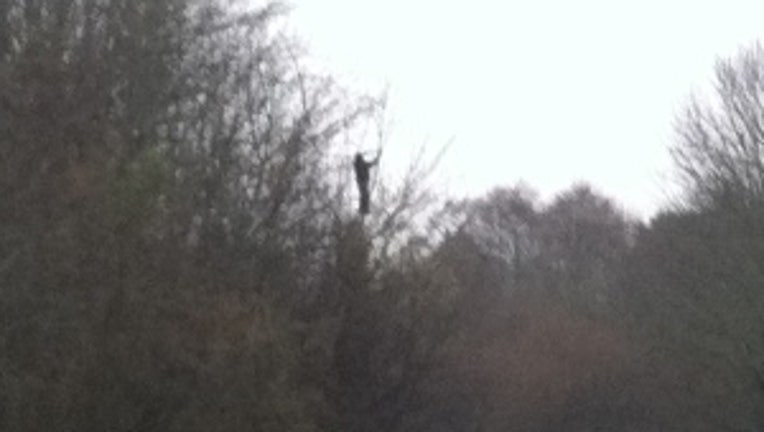 SEATTLE -- A man is in custody after spending more than three hours eluding police by climbing a tree early Friday morning.

The man was a suspect in a call about a burglary. Police said he reportedly forced his way into his ex-girlfriend's apartment; she was able to flee but her roommate ended up with a broken foot or leg, police said. After forcing his way into the apartment, the suspect is said that have then fled the scene and climbed about 40 feet up a tree around 5:30 a.m.

The tree was located in a ravine near 34th Avenue West and West Lawton Street.

Seattle police and firefighters spent about 3-1/2 hours trying to get the man out of the tree. Eventually, the man came down on his own and was taken into custody.

Sound Transit Northline trains were stopped during the incident because rescue crews were using the train tracks to reach the man.  Buses were called in to pick up the stranded passengers.

Police said the man will be booked into jail and could be charged with domestic violence and burglary.