According to a news release from Edmonds PD, it happened Saturday morning when officers responded to an assault at Swedish Hospital. 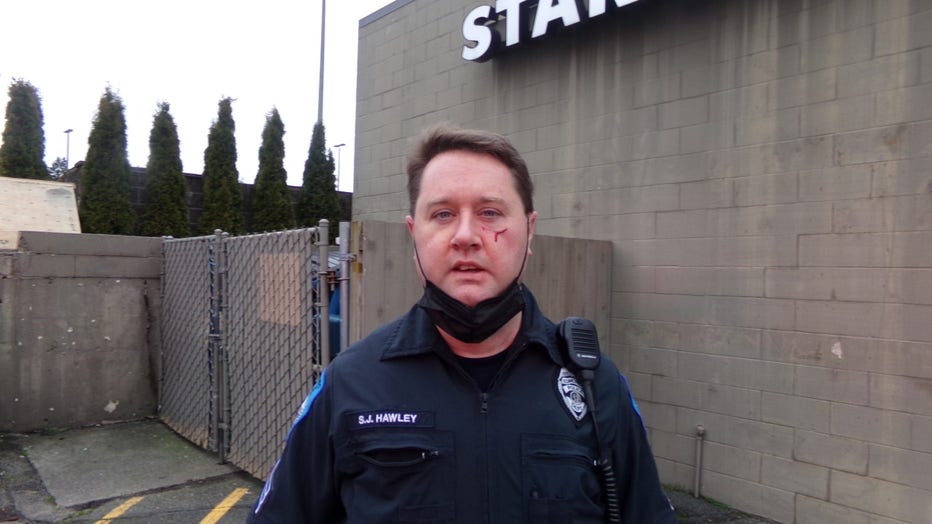 The Mountlake Terrace man was taken to Swedish for a mental health crisis. After he got there, the man allegedly punched a medical technician in the face and head as she sat at her work station.

From there, he took off his hospital scrubs and ran away from the hospitals. Officers received multiple reports about a naked man running near Highway 99.

Witnesses also saw the man assault a motorist in the Dick's Drive-In parking lot. When police arrived, the naked man fled again, then ran into the parking lot of another business and approached a vehicle with a 71-year-old woman inside.

The man reportedly punched a large dent into the driver's side door with his bare fist, then opened the door and punched the woman repeatedly before running away again. 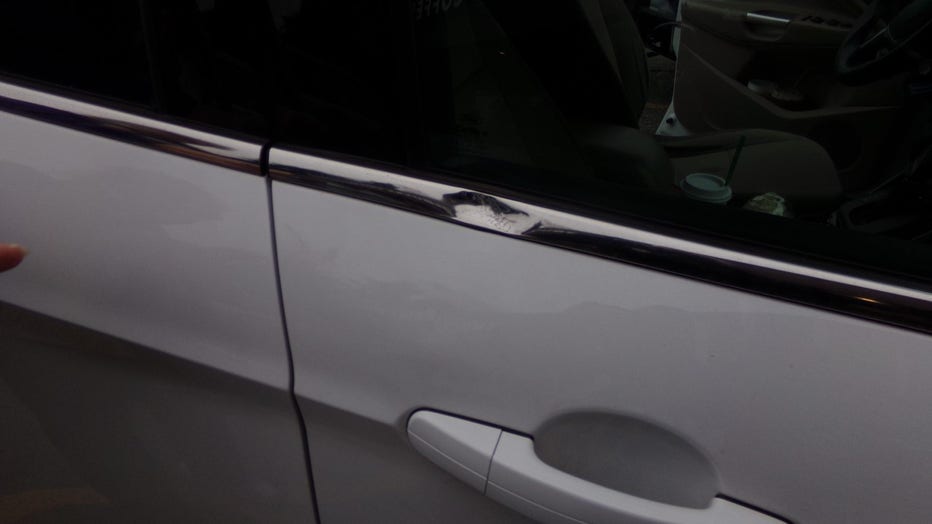 Officers caught up with the man and ordered him to surrender, but he didn't. Officers tried to tase him four times to no avail.

He was later detained in a parking lot after charging several officers and punching a sergeant in the face.

The hospital employee, a 27 year-old woman, suffered swelling and bruising to her head and face.

The 71-year-old woman from Puyallup sustained injuries to her face, leaving her bruised and swollen.

The sergeant, a 19-year veteran, suffered bleeding, swelling and bruising to his face. He was evaluated at the hospital before returning to duty.

The second motorist who was assaulted (as witnessed by other bystanders) left the area before officers could contact them. Police would still like to speak with them and are asking them to contact Edmonds PD.

Police took the man back to the hospiutal for further mental health and medical evaluations. Police were told that he was moved to a secure section of the hospital. Police said they will be referring multiple charges to the prosecutor's office, including felony assault.

"I am incredibly proud of the response of our officers to this incident," Acting Chief Jim Lawless said. "The thought that someone is less of a threat because they have stripped their clothing and are unarmed is just not true. This subject was impervious to any sort of pain and had no regard for the safety of others.

"This is yet another example of the dangerous situations officers deal with on a daily basis and their dedication to public safety, despite risks to their own safety. Our officers handled themselves with extreme professionalism and demonstrated a dedication to the safety of the public and the suspect."