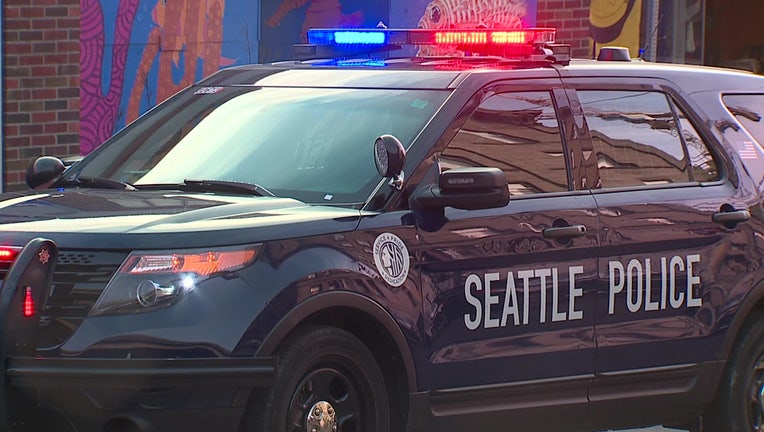 SEATTLE - A man, who had a robbery warrant, was arrested after a "suspicious circumstance" in West Seattle on Sunday night.

The incident started near Southwest Andover Street and 35th Avenue Southwest at about 4:45 p.m.

Investigators said a man reported seeing his neighbor put a body wrapped in a rug or blanket in the back of his SUV and drove away.

According to police, the person saw the footage from his surveillance system and shared it with detectives.

After watching the video, officers identified the neighbor, who also had a felony robbery warrant.

When the neighbor returned home, SWAT officers served a search warrant and the 35-year-old man was arrested.

According to detectives, he told officers he was carrying a woman who had been "overdosing on narcotics," and took her to Harborview Medical Center.

Officers went to the hospital and found the woman. She was alive and being treated.

Police verified the man's account of the incident. He was arrested and booked into the King County Jail for his robbery warrant.