TACOMA, Wash. - A man accused of assaulting a woman at Olympic National Park and ranting about an impending revolution pleaded guilty Wednesday to interfering with a government communication system. 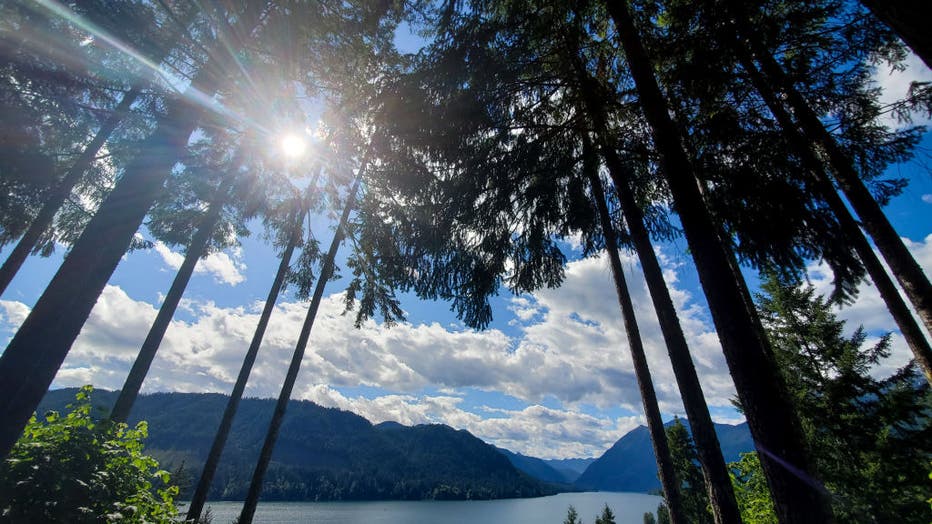 A few hours before, Chapman, 42, went to a stranger’s home with a handgun and an AR-15 style rifle while high on methamphetamine, according to the U.S. Attorney’s Office for Western Washington. He handed the stranger a letter outlining political concerns and his belief that a revolution would ensue on the Olympic Peninsula and other places, the office said.

Chapman drove with his girlfriend to Olympic National Park, where he cut down a tree to block a road to a campground. Chapman told the woman she was going to die in the revolution, and she called 911. He threw a can of soup at her, cutting her leg, according to the office.

He was accused of repeatedly slamming the woman’s head against a car seat and then storming into the woods with nine firearms and over 3,500 rounds of ammunition.

Officials evacuated and closed part of Olympic National Park. A drone located Chapman two days later, and he fired a shotgun before surrendering.

As part of his plea agreement in U.S. District Court in Tacoma, Chapman agreed to make restitution. Prosecutors will recommend no more than 10 months in prison under the agreement.