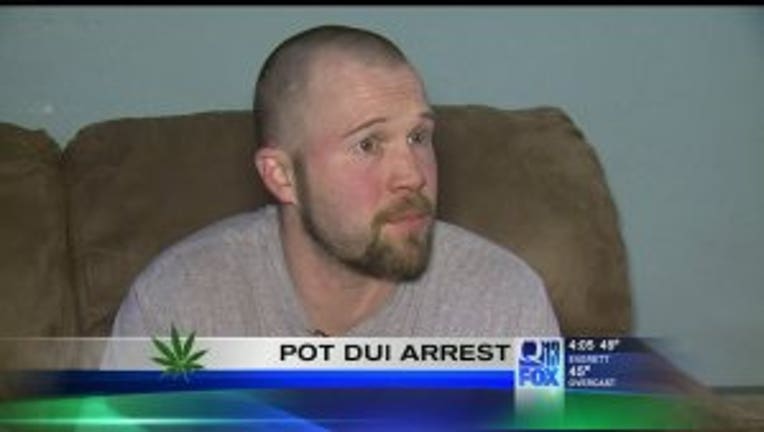 Mike Simmons says he was busted for suspected pot DUI because of the color of his tongue.

PUYALLUP -- Pot may be legal in Washington state, but Kent police recently arrested a Puyallup man for driving under the influence because, he said, he had a green film on his tongue.

Mike Simmons, 31, said Tuesday he was put in jail for 13 hours. Now with towing and lawyer fees, he said he's out $5,000 and he's not allowed to drive while he's out on bail.

All for something he said he didn't do.

“As soon as the officer came to the vehicle, he asked me to stick out my tongue,” said Simmons.

Simmons thought it was an unusual request but he soon found out he was pulled over for suspicion of driving under the influence.

Simmons said the officer told him there was a green film on his tongue. The unidentified police officer apparently felt that is a telltale sign that someone has been smoking marijuana.

Simmons admitted he had smoked pot three days earlier, but says when he was pulled over he was on a lunch break from work and was stone-cold sober.

“There was nothing in the car, so I don't know what kind of evidence he had based on just a green film on my tongue,” Simmons said.

According to the law that made pot legal in the state, a driver can have no more than 5 nanograms of THC in their blood.

Simmons refused to take give a blood sample without a lawyer present. He said he was then arrested and taken to jail.

Kent police spokesman Pat Lowery couldn’t talk about the case “because it’s an ongoing investigation,” but said a blood sample isn't required if an officer believes the person is driving under the influence.

Simmons swears he wasn’t impaired because he didn't smoke pot that day, and he's ready to fight the charges.

“I just feel like the system they have is unfair,” said Simmons.

He also said he has a lawyer and may sue the Kent Police Department.