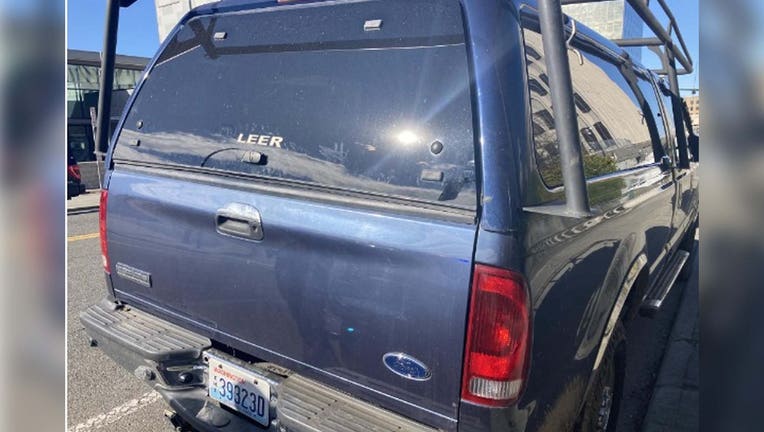 EVERETT, Wash. - Everett Police arrested a man suspected of showing up to court in a stolen truck.

According to police, the man was already wanted for violating a no-contact order, and was at the Everett Municipal Courthouse for legal proceedings. Police planned to arrest the man, who was known by officers to drive blue Ford F-350s.

Officers who arrived at the courthouse saw a blue F-350 parked out front.

However, the truck had exempt government license plates, denoted with an ‘XMT.’ These plates are only used by government vehicles.

When officers ran the plates, which did not match to an F-350. They ran the vehicle identification number, which was listed as stolen.

Police went into the courthouse and arrested the man. He was carrying keys to the F-350 and was captured on surveillance video driving and getting out of the truck. His driver’s license was found in the front seat of the truck.

The man was booked into jail for violating a no-contact order and possession of a stolen vehicle.