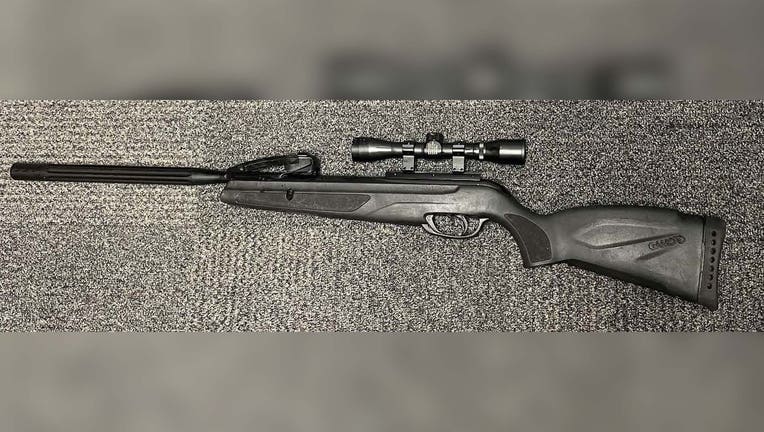 Officers were dispatched to reports of a man with a gun on the Chehalis River Bridge on Friday. The suspect was allegedly pointing and possibly shooting at two people who were walking across the bridge.

Before officers arrived, the suspect got in a silver truck and drove off.

According to authorities, officers found a 16- and 17-year-old boy who appeared to have been shot with a "high-powered hunting style pellet rifle." The boys told officers they did not know the suspect, and were shot in the back while running away from him.

An investigation led officers to the suspect truck and trailer near the State Street on-ramp in Aberdeen. Police were joined by officers from Hoquiam, Cosmopolis and Grays Harbor Sheriff’s Office as they searched the trailer.

The suspect was gone, but officers recovered the rifle.

Early Saturday morning, officers found the suspect and booked him into the Aberdeen City Jail for first-degree assault.