SEATTLE -- Police arrested a former employee of  the Jewish Hillel Center near the University of Washington after he allegedly threatened to blow up the building. 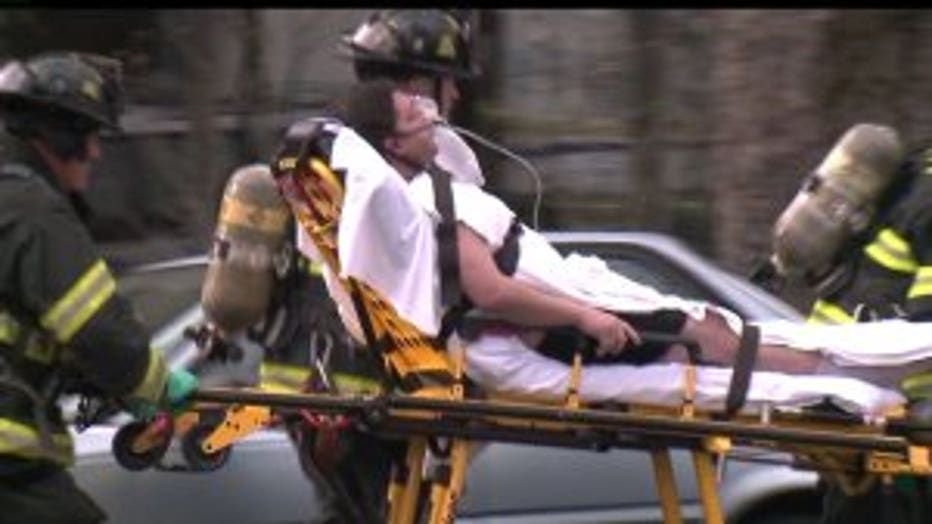 The suspect in the alleged Hillel Center bomb threat being taken to an ambulance Monday.

An Seattle Police Department SWAT team found the suspect in the building’s basement and arrested him shortly before 3 p.m.  He had been overcome by fumes of some sort, police said, and he was taken to a hospital for treatment.

Police later said the 28-year-old suspect sustained injuries in an apparent suicide attempt after he inhaled a mixture of chemicals that were inside a bucket. After treatment of his injuries, police said, he will undergo a mental health evaluation.

Police closed off traffic along 16th Avenue NE and 17th Ave NE along NE 50th Street.  and are working to determine whether the man may have mixed chemicals found in the building to create a toxic gas. Streets in the area were expected to be closed until at least 4 p.m. as police investigate the incident and search the building. 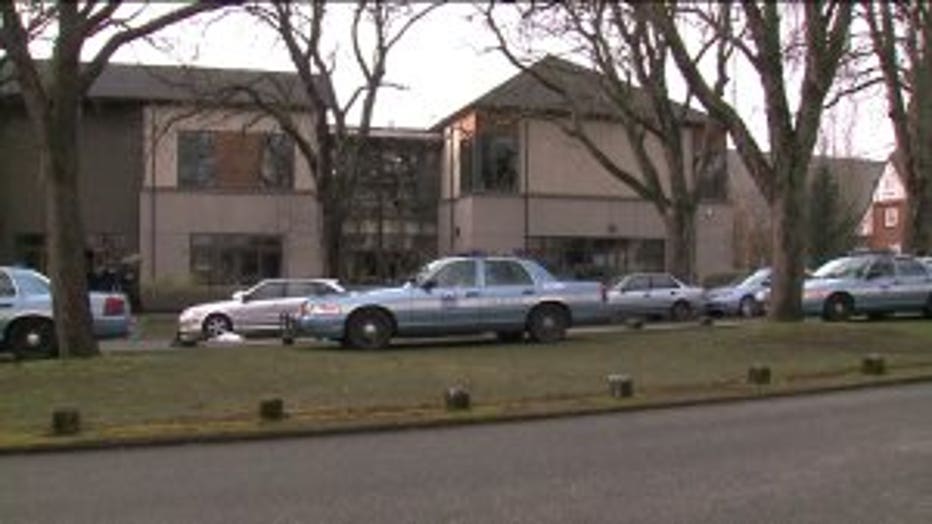