MIDDLETOWN, Calif. (AP) — A 40-year-old man has been arrested on suspicion of starting the blaze that damaged or destroyed more than 175 homes, business and other structures in a Northern California community.


Lake County Sheriff Brian Martin said Damin Anthony Pashilk, of Clearlake, California, was arrested Monday on 17 counts of arson and is in jail.

Cal Fire Director Ken Pimlott says the blaze has caused over $10 million in damages and left dozens of families homeless. 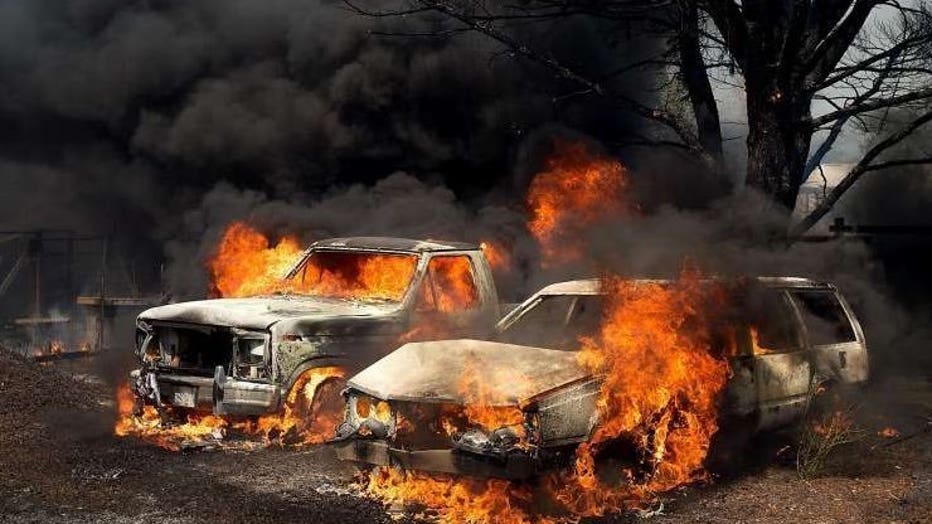 The Clayton Fire has scorched 4,000 acres so far, the Clayton Fire Department said, with 5 percent of it contained. (Credit: Mark Ghilarducci/Twitter)

Officials made the announcement at a news conference but didn't take questions or give any other details on Pashilk.

Pashilk is implicated in the Clayton Fire as well as several other fires in Lake County during the past year, according to a news release from the California Department of Forestry and Fire Protection (Cal Fire).

Residents in Lower Lake and Clearlake have been evacuated, according Cal Fire. The area sits around 130 miles north of San Francisco.