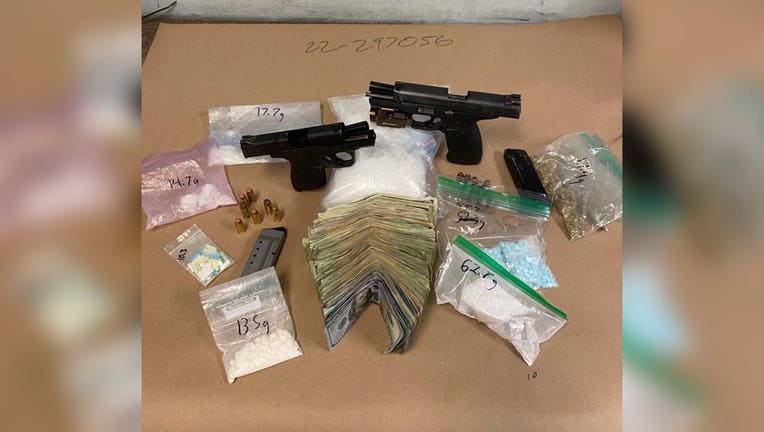 SEATTLE - Guns, drugs and cash were seized from a vehicle police say was stolen from a family waiting at Seattle Children’s Hospital.

According to Seattle Police, the family was waiting for their child to recover from brain surgery in the hospital Friday, when their car was stolen.

Officers found the vehicle and went to investigate, when the driver suddenly sped off. Police were able to track it down again in a parking lot in Queen Anne.

When officers approached, they say the suspect shifted into drive and tried to push past the patrol cars.

Police arrested the man and searched the stolen car, where they found two loaded guns—one of them stolen—methamphetamine, fentanyl, cocaine, marijuana and $8,000 in cash.