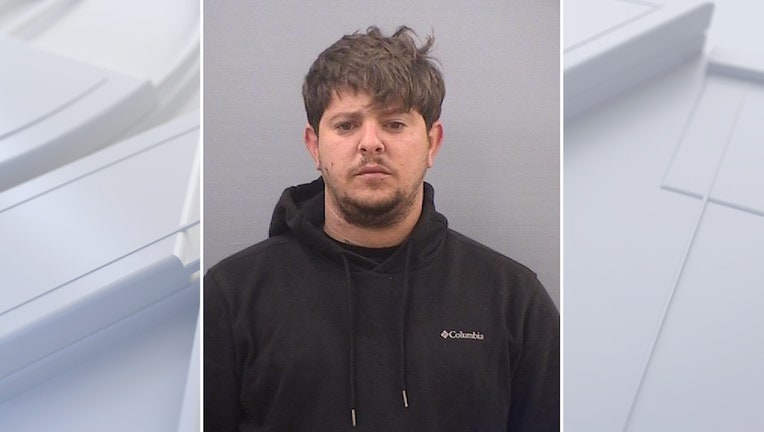 HENDERSONVILLE, Tenn. - Authorities said they have made at least one arrest after a group of thieves stole 4,200 gallons of diesel fuel from a gas station.

Hendersonville Police in Tennessee said the "large-scale" theft occurred on Nov. 13 on the 700 block of East Main Street.

The stolen diesel was valued at approximately $20,000.

Investigators said the band of thieves made multiple trips to the same gas station and fuel pump over the course of several hours.

Police released pictures of the tank and hoses used in the theft.  (Hendersonville Police)

They later identified one of the getaway vehicles in the theft and traced its registration number.

That led officers to one of the suspects, 25-year-old Rolando Javier Rodriguez-Denis. He was taken into custody for theft over $10,000 and vandalism over $1,000.

RELATED: Average price of gas plunges to cheapest in over a year

Rodriguez-Denis is set to appear in court on Wednesday.