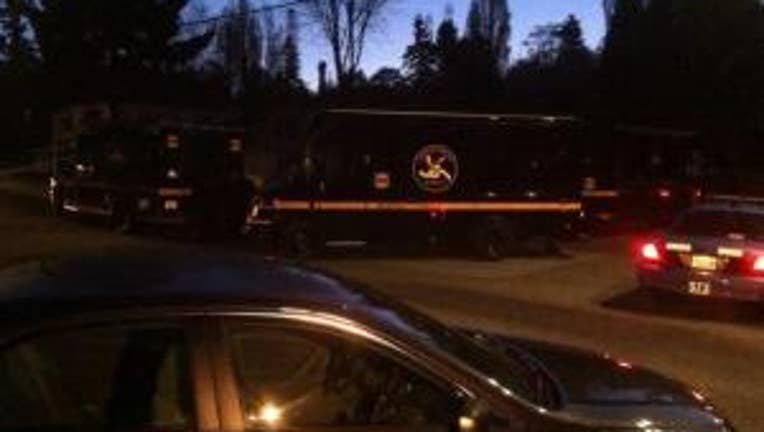 SEATTLE - A man armed with a machete surrendered to police after a five hour long standoff Friday in a south Seattle neighborhood.

Around 2:15 a.m., officers received 911 calls about a disturbance in the 1700 block of South Pearl Street. When police arrived on scene, two adult males who were outside the home said that a 23-year-old male suspect, who was still inside, had threatened them while holding a machete.

The two victims, a roommate of the suspect's and a visiting friend, were not injured.

The only person believed to be inside the home was the suspect.

Police called the suspect on his cell phone and attempted to speak to him over their loud-speaker, but the suspect refused to come outside and surrender to police.

Negotiators and SWAT officers were on scene to assist in getting the suspect to surrender peacefully. After five hours, the man walked outside and surrendered.

It is unknown why the man barricaded himself inside the home. Police are investigating the incident.