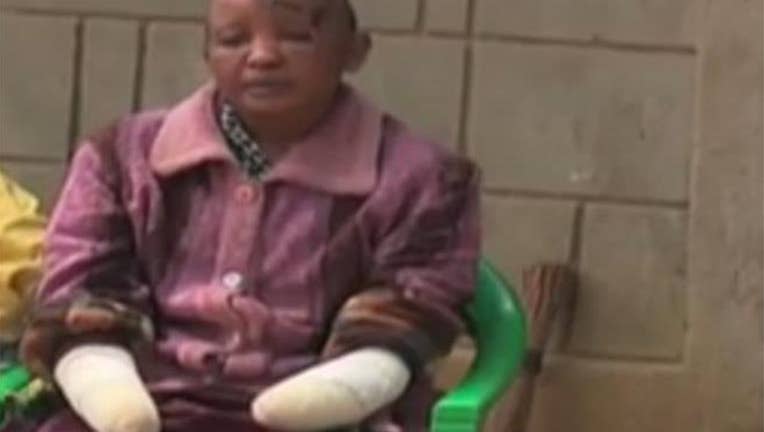 
Domestic violence is a troubling issue in Kenya, and Jackline Mwende has recently become the very public face of it. The 27-year-old from Machakos, a village not far from Nairobi, says her husband came at her in a rage on July 23 with a machete and not only slashed her head and face, but also cut off her hands—all because their seven years together hadn't resulted in any kids, the Los Angeles Times reports.

Mwende says her marriage to Stephen Ngila, who's said to be either 34 or 35, started out well but soon soured after they were unable to conceive.

Those ill feelings only worsened when the couple visited a fertility clinic in 2014 and discovered the reproductive problem rested with Ngila, not Mwende. It's then, Mwende says, that Ngila started drinking to excess and physically abusing her.

Ngila, arrested the day after the attack and in police custody until his Sept. 20 trial on attempted murder charges, per Kenya's Star, allegedly "threatened to shut mouth for good" right before attacking her, her father told CNN earlier this month.

The Times notes Kenyan women in physically or sexually abusive relationships are often victims of impoverished lifestyles and an extreme traditional culture where everyone looks the other way if men get physical with their wives.

Meanwhile, Ngila's sister has rushed to his defense, insisting he was with her the day of the attack, while another relative says Mwende may have been attacked by unhappy customers of her shop, the Star reports; local cops side with Mwende.

Despite her ordeal, which has also left her deaf in one ear, Mwende is glad to be alive. "He thought he had killed me, but God is great," she tells the Times.