Editor's note: In a previous version of this story, Q13 News reported that the suspect had known felony convictions and “according to the facility, those convictions didn’t show up in their check.” After our story aired, the spokesperson for The Gardens at Town Square contacted Q13 News to state that they did not confirm information about the outcome of the suspect’s background check they conducted. When asked, they would not confirm whether the convictions showed up when they ran the background check. The story has been updated.

BELLEVUE, Wash. -- The man accused of stealing nearly $40,000 worth of jewelry from elderly residents in an assisted living facility in Bellevue is on the run. Police say he confessed to the crime and prosecutors charged him almost two weeks ago. The problem is, more victims have come forward and he's out on bail and has disappeared.

Family members want him held accountable for stealing their loved ones' priceless heirlooms. 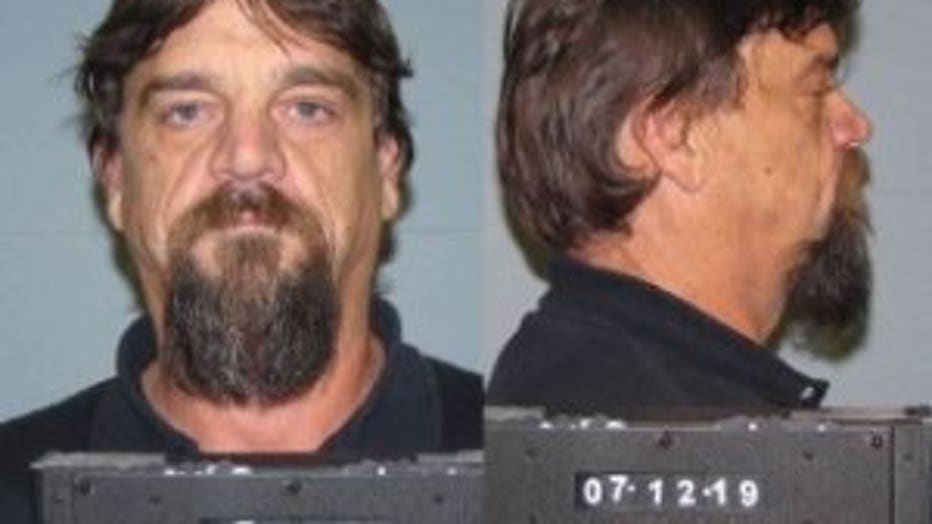 Rings, necklaces and pocket watches are just some of the valuables stolen from more than 15 elderly residents at The Gardens at Town Square assisted living facility in Bellevue.

“I’m sad that there are people like the bad guy who are so desperate that they would steal from elderly people. How do you get any lower than that?”

Diane Kettman's mother, Phyllis, passed away on June 10. That's when she realized her mom's rather unique necklace and sentimental bracelet, pieces meant to stay in the family were missing.

“I’m sure I just stood there and stared at the empty spaces in her jewelry section there because I was positive I had just seen them!”

Detectives are working to track the jewelry down, while they also work to track down the man they say is responsible: 53-year-old Timothy Woodall.

He was an employee at The Gardens at Town Square.

“He was a fairly new maintenance person.”

Prosecutors charged Woodall for stealing jewelry from residents and then pawning it.

Officials with Bellevue Police ran extensive checks on all of the employees at the facility.

“It’s really sad when someone is targeting vulnerable adults like that.”

“Criminal background is one of the things that led to identifying who this person was.”

In a statement from The Gardens at Town Square, they said they conducted a comprehensive background check on Woodall before he was hired. Probable cause documents reveal that Woodall has a lengthy arrest and criminal history from multiple states including California, Missouri and Pennsylvania and felony convictions including burglary and stealing.

A spokesperson for The Gardens at Town Square told Q13 News that “background checks are conducted on all employees prior to their start date. We use a two check system. Our process goes beyond DSHS required background checks because we also obtain federal background checks prior to employment beginning. Most states do not allow reporting of convictions more than seven years old. Additionally, we have stricter standards for employment than what is required by DSHS.”

“It’s really sad when someone is targeting vulnerable adults like that.”

"It feels kinda rotten that it’s like he has gotten away with it.”

Woodall was arrested but bailed out two days later on July 14 and hasn’t been seen since.

“Boy we had him and legally, he was allowed to walk out the door. It feels kinda rotten that it’s like he has gotten away with it.”

Kettman getting some welcome news from police that her mother’s necklace has been recovered.

“I am looking forward to getting Mom’s jewelry back, it would be really nice if the bracelet would show up but I’ve kind of given up hope on that.”

Since the thefts, family members of residents tell Q13 News the assisted living facility has made upgrades to their security system and each entry point will now require an electronic key fob to enter, which will document who is where in the building, at all times.

The Gardens at Town Square released this statement “Our residents’ safety and security is of the utmost importance to us. When we learned of the thefts we immediately investigated the matter, including notifying and collaborating with the Bellevue Police Department. We are thankful to the Bellevue Police and their detectives for their excellent job solving the case and returning some of the valuables to our residents. We have confidence that law enforcement will quickly bring the suspect to justice.”

There is a felony warrant out for Woodall’s arrest.

Crime Stoppers is offering a cash reward of up to $1,000 for tips to help locate him. He was last seen driving a dark green 2000 full-sized Ford Excursion SUV with Washington plates MBD5446.