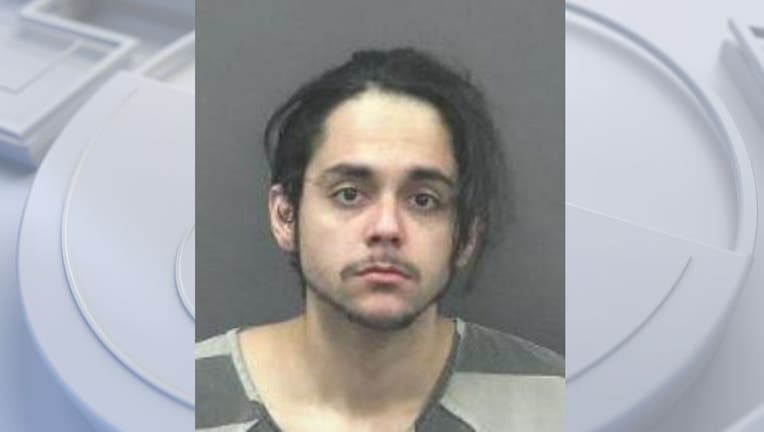 KING COUNTY, Wash. - King County prosecutors on Thursday charged a man accused of stealing a car with a 6-month-old baby inside with kidnapping and theft of a motor vehicle.

Documents also show that Cruz has failed to appear in court at least 55 times since 2017. He has 11 active warrants for his arrest.

The baby was found safe after a suspect stole a car at a gas station while the child was in the backseat on July 24, according to the Des Moines Police Department.

According to Sergeant Justin Cripe, around 3:20 p.m on July 24., officers responded to reports of a car being stolen with a 6-month-old baby still inside at the Chevron at 23845 Pacific Highway S.

Authorities say the mother went inside the gas station, and when she came back outside, her car and the baby were gone. Police immediately began searching for a 2002 Toyota RAV 4.

A baby was found safe after a suspect stole a car at a gas station while they were in the backseat on Sunday, according to the Des Moines Police Department (DMPD).

The mother is hearing impaired, and she left her phone inside the car, so the only way she could communicate with anyone was by writing on a piece of paper.

Law enforcement were able to ping the phone, leading them to the area of S 241st St. and 20th Ave. S.

SeaTac police officers were first to arrive, and they found the car with the baby safe and in good condition. Temperatures were in the mid-80s and it was sunny that day, so the car heated up quickly since the windows were all rolled up. Thankfully, detectives were able to find the baby and the car fast enough.

"We strongly encourage people not to leave their children in the vehicle, no matter for how long. It certainly could’ve resulted in death if that child was not found as quickly as it was. [Law enforcement] took this incident very seriously and very likely saved this baby’s life, so it’s a happy ending in the situation. Hopefully, the bad guy is held accountable," said Chief Ken Thomas of the Des Moines Police Department.

Chief Thomas said the vehicle was processed for fingerprint and DNA evidence. Community tips were also pouring in through Crimestoppers after the reports were aired on FOX 13. Physical evidence from the vehicle ended up matching some tips.

On Aug. 1, Cruz, 24, was located and booked into King County Jail for second-degree kidnappings and theft of a motor vehicle.

As it turns out, the 24-year-old was already in trouble with the law and had warrants out for his arrest.

"This is somebody we’ve seen before, because just in May, we charged him with possession of a stolen vehicle," said spokesperson Casey McNerthney of the King County Prosecuting Attorney's Office. "In that case, we argued that he shouldn’t be released because this is somebody who we thought wouldn’t follow court orders. Turns out that was unfortunately right."

Man arrested after steal car with baby inside in Des Moines

The man suspected of stealing a car with a baby inside last month in Des Moines was arrested.