A man who allegedly tried to kill an Asian family inside a Texas supermarket last month to prevent them from spreading the coronavirus could be charged by the FBI for a hate crime, according to reports. 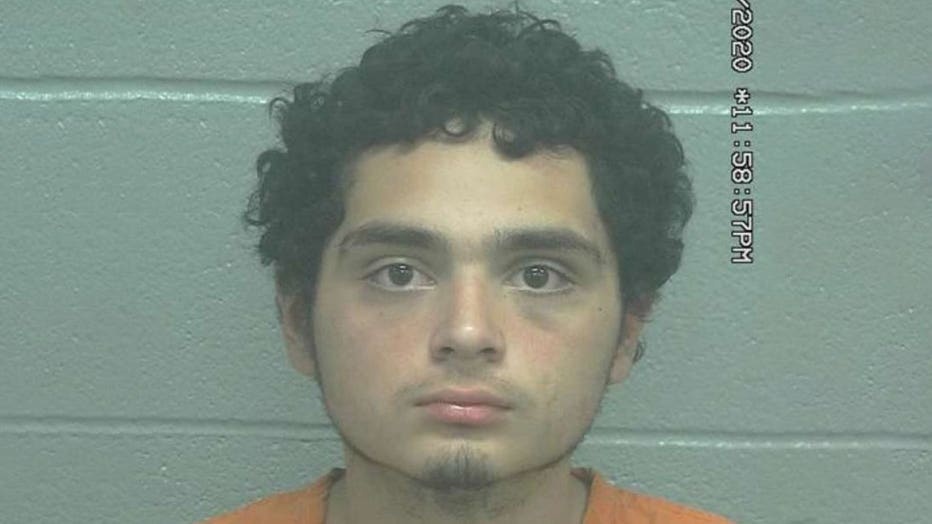 Jose L. Gomez, 19, is accused of stabbing three people inside a Sam’s Club in Midland on March 14. He allegedly approached an Asian family of four, stabbing three of them, including a 2-year-old and a 6-year-old child, according to an arrest report obtained by Midland Reporter-Telegram.

“The suspect indicated that he stabbed the family because he thought the family was Chinese, and infecting people with coronavirus,” a new FBI analysis report said. The case is now being investigated by the federal law enforcement agency as a hate crime.

A store employee, identified as Zack Owen, intervened, tackling Gomez to the ground. Owen was stabbed in the leg and cut on the hand while the two struggled for the knife. An off-duty Border Patrol Agent, Bernie Ramirez, who came to shop for groceries, detained Gomez before Midland police arrived.

Gomez was initially charged with three counts of attempted capital murder, and one count of aggravated assault with a deadly weapon, according to the Reporter-Telegram. He was held on four separate bail bonds, totaling $1 million.

“My initial thought was it was just the shortage of items that they were fighting over,” Ramirez told KOSA last month. “So I just started making my way over there to break it up.”

“Zach stepped in. He went into a knife fight bare-handed. He took control of the individual and he disarmed him,” he continued. “If Zach had not been there, things could’ve gone really badly.”

The case was cited in a recent analysis compiled by the FBI Houston field office and distributed to law enforcement agencies around the country. According to a copy of the report obtained by ABC News, the FBI expects an uptick in hate crimes around the U.S. as the coronavirus pandemic persists, “endangering Asian American communities."

"The FBI assesses hate crime incidents against Asian Americans likely will surge across the United States, due to the spread of coronavirus disease,” the report said. “The FBI makes this assessment based on the assumption that a portion of the US public will associate COVID-19 with China and Asian American populations."

Crimes against Asian Americans have made headlines in recent weeks as the number of coronavirus cases continues to spike. The United States is the most infected country in the world, recording at least 216,722 confirmed cases by Thursday morning, according to Johns Hopkins University. It ranks third in the global tally of fatalities, reporting at least 5,137 deaths.

On March 11, a 23-year-old woman walking in New York City was approached by another woman, who yelled anti-Asian slurs, demanded she wear a mask and punched her before fleeing on foot, according to an NYPD spokesperson who said the incident was being investigated as a hate crime.

In February, a 16-year-old high school student in California’s San Fernando Valley was brought to the hospital after he was attacked by other teens who allegedly accused him of having the coronavirus because he was an Asian American, L.A. County Supervisor Hilda Solis told KCBS-TV.

A Minneapolis couple also made headlines earlier this week when they shared a profanity-laced note stuck to their front door warning them to “take the Chinese virus back to China,” WCCO reported.

New York Attorney General Leticia James launched a hotline for those who believe they might have been victimized in a bias crime tied to the coronavirus.

“No one should live in fear for their life because of who they are, what they look like, or where they come from," James said in a statement, according to the New York Daily News.

President Trump has faced criticism for repeatedly using the term “Chinese virus” at press conferences when discussing the outbreak of the novel COVID-19, something critics claim have fueled racism and discrimination against Asians in the U.S. and elsewhere.

“It's not racist at all, no. Not at all,” Trump said defending himself. “It comes from China.”

An investigation conducted by the World Health Organization concluded the novel illness originated in the city of Wuhan in the Chinese Hubei province in late November before breaking out across the globe.

Meanwhile, the Chinese government has been fueling a coronavirus propaganda campaign on social media, with one notorious diplomat, Lijian Zhao, sowing misinformation that suggests that the novel illness could have originated in Italy or been brought to China by the U.S. Army.