PUYALLUP, Wash. -- The man accused of shooting through glass doors and windows in the South Hill Mall Macy's and stealing thousands of dollars worth of merchandise is now facing an arson charge.

Jordan Poisson, 21, is reportedly the man who was seen on surveillance video last week breaking into the mall through a ceiling, then shooting through store windows and glass cases after bagging expensive clothes and shoes. 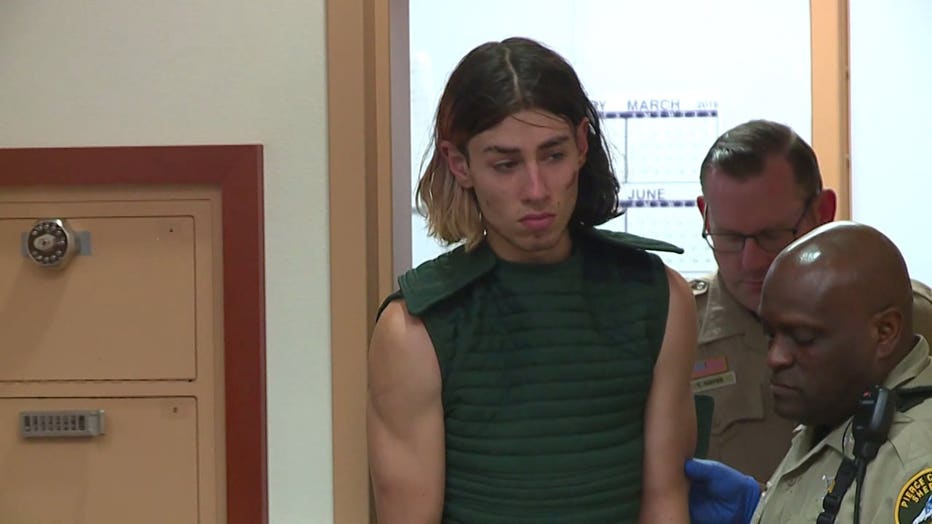 Investigators say he also tried to burn his boss' house down, and stole the guns he used in the burglary from his boss' home.

Police say his burglary spree happened around 6 a.m., just before early-morning employees would have been filling the mall.

He was caught in the parking lot trying to get away in a BMW, according to court documents.